“Russia and China are playing the Currency Devaluation game as the U.S. keeps raising interest rates. Not acceptable!” Trump said in a Twitter post.

REUTERS - The Russian Foreign Ministry on Thursday said it wanted the United States to immediately halt all military activity on the Korean Peninsula, the RIA news agency reported.

REUTERS - Russia expelled 59 diplomats from 23 countries on Friday and said it reserved the right to take action against four other nations in a worsening standoff with the West over the poisoning of a former Russian spy and his daughter in Britain.

REUTERS - The Russian Foreign Ministry summoned a slew of senior Western diplomats on Friday to set out the retaliatory measures it was taking in a standoff with the West over the poisoning of a former Russian spy and his daughter in Britain.

REUTERS - The Syrian rebel group Jaish al-Islam denied reports on Friday it would leave Douma near Damascus, after Russia said it had reached an agreement by which insurgents would leave the town. 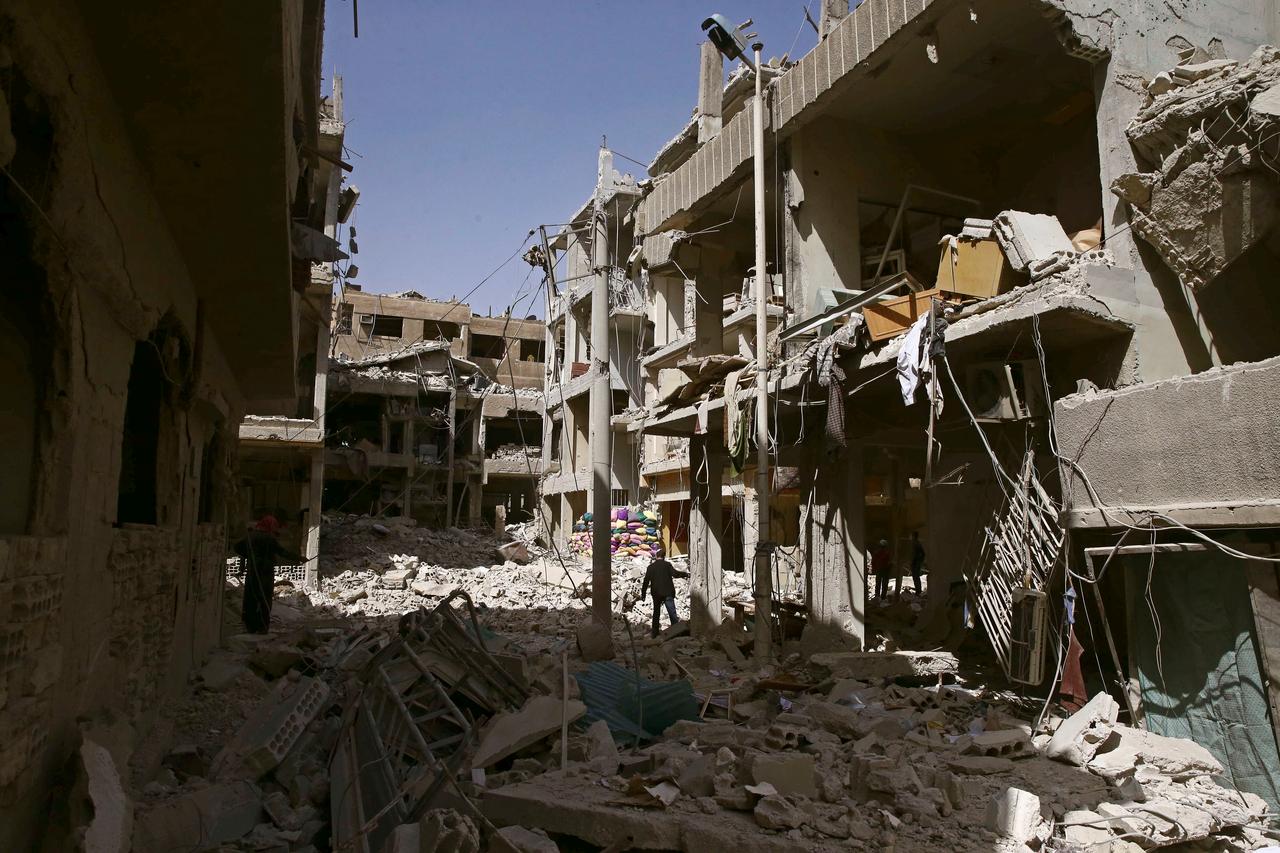 REUTERS - Russia expelled 60 U.S. diplomats on Thursday and announced it would eject scores from other countries that have joined London and Washington in censuring Moscow over the poisoning of a spy.

The U.S. ambassador was also ordered to shut the consulate in St Petersburg, in Russia’s retaliation for the biggest expulsion of diplomats since the Cold War.

REUTERS - Russian former double agent Sergei Skripal and his daughter were poisoned with a military-grade nerve toxin that had been left on the front door of their home in England, British counter-terrorism police said.

REUTERS - Australia’s Foreign Minister Julie Bishop clarified some earlier comments on Wednesday by saying the country had no plans to boycott the soccer World Cup in response to a nerve agent attack on a former Russian spy in Britain.

AFP - Poland signed on Wednesday a $4.75 billion (3.8-billion-euro) contract to purchase a US-made Patriot anti-missile system, a move that is likely to irk Russia as East-West tensions rise.

AFP - Thousands of Syrian rebels and civilians arrived in opposition territory on Wednesday after having evacuated their Eastern Ghouta enclave near Damascus, an AFP correspondent said.

Buses carrying opposition fighters, their relatives, and other civilians began arriving at a transit point in northwestern Syria around dawn, after travelling all night from Ghouta.