REUTERS - Russia expelled 59 diplomats from 23 countries on Friday and said it reserved the right to take action against four other nations in a worsening standoff with the West over the poisoning of a former Russian spy and his daughter in Britain.

Russia said it was responding to what it called the baseless demands for scores of its own diplomats to leave a slew of mostly Western countries that have joined London and Washington in censuring Moscow over the poisoning of Sergei Skripal and his daughter Yulia.

A day earlier, Moscow ordered the expulsion of 60 U.S. diplomats and the closing of the U.S. consulate in St Petersburg, Russia’s second city, in retaliation for the biggest ejection of diplomats since the Cold War.

Preparations appeared to be under way on Friday to close the St Petersburg mission down, with a removals truck making repeated journeys to and from the consulate which took delivery of a large pizza order for its staff.

Russia's response to expulsion of diplomats is 'regrettable', says Britain
Russia summoned senior envoys on Friday from most of the other countries that have expelled Russian diplomats and told them it was expelling a commensurate number of theirs.

Russia has already retaliated in kind against Britain for ejecting 23 diplomats over the first known use of a military-grade nerve agent on European soil since World War Two. British ambassador Laurie Bristow was summoned again on Friday.

The Russian Foreign Ministry said Bristow had been told London had just one month to cut its diplomatic contingent in Russia to the same size as the Russian mission in Britain.

A spokeswoman for the British Foreign Office did not say how many British diplomats would be affected, but said Russia’s response was regrettable and Moscow was in flagrant breach of international law over the killing of the former spy.

The poisoning, in southern England, has united much of the West in taking action against what it regards as the hostile policies of President Vladimir Putin. This includes the United States under President Donald Trump, who Putin had hoped would improve ties.

Russia rejects Britain’s accusation it stood behind the attack and has cast the allegations as part of an elaborate Western plot to sabotage East-West relations and isolate Moscow.

The hospital where she is being treated said on Thursday that Yulia Skripal was getting better after spending three weeks in a critical condition due to the nerve toxin attack. Her father remains in a critical but stable condition.

The BBC, citing sources, reported on Friday that Yulia was “conscious and talking”. 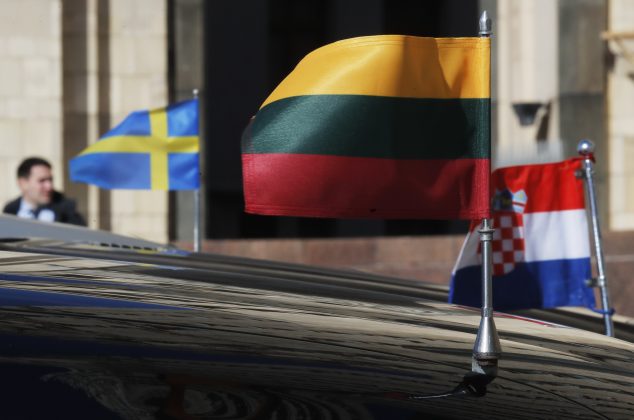 All were seen arriving in their official cars at the Foreign Ministry’s gothic building in Moscow.

“They (the diplomats) were handed protest notes and told that in response to the unwarranted demands of the relevant states on expelling Russian diplomats ... that the Russian side declares the corresponding number of staff working in those countries’ embassies in the Russian Federation persona non grata,” the ministry said in a statement.

Four other countries — Belgium, Hungary, Georgia and Montenegro — had only “at the last moment” announced that they too were expelling Russian diplomats over the Skripal affair, and Moscow reserved the right to take retaliatory action against them too, it said.

Emerging from the Foreign Ministry building, German ambassador Rudiger von Fritsch said Russia had questions to answer about the poisoning of Skripal, but Berlin remained open to dialogue with Moscow. The U.S State Department said after Russia announced the expulsions on Thursday evening that it reserved the right to respond further, saying the list of diplomats designated for expulsion by Russia showed Moscow was not interested in diplomacy.

Kremlin spokesman Dmitry Peskov, in a conference call with reporters on Friday, disagreed with that assessment, saying that Putin still favored mending ties with other countries, including with the United States.