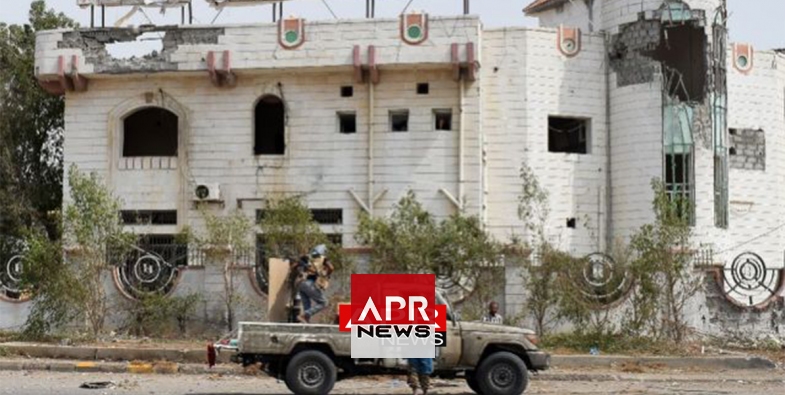 The Shiite Huthi rebels, whose chief has vowed his troops would never surrender despite being vastly outnumbered, shelled government positions in the south of the Red Sea city, loyalist officials said.

But despite the "intense attacks", loyalist forces made fresh advances in eastern sectors of Hodeida.

The rebels, for their part, said their fighters had cut off government supply routes in four sectors of Hodeida province.

On Thursday, after a week of intense battles on the outskirts of the city, loyalist troops entered residential neighbourhoods, using bulldozers to remove concrete road blocks installed by the rebels.

Military sources said government forces and their coalition allies were edging towards the city's vital port through which nearly 80 percent of Yemen's commercial imports and practically all UN-supervised humanitarian aid pass.

The Saudi-led military coalition which supports the government carried out air raids on rebel positions as the ground forces advanced.

The Huthis have controlled Hodeida since 2014 when they overran the capital Sanaa and then swept though much of the rest of the country, triggering the coalition's intervention the following year and a devastating war of attrition.

The rebels have since been driven out of virtually all of the south and much of the Red Sea coast.

Their advance into the city of some 600,000 people has been slowed by trenches and minefields dug by the rebels around their last major coastal stronghold.

The months-long battle for Hodeida, which has intensified since November 1, has killed a total of 250 combatants this month -- 197 Huthis and 53 loyalists, according to medical and security sources.

Human rights groups have voiced fears that a protracted battle for the city will also exact heavy civilian casualties and force a halt to vital food shipments.

UN agencies say some 14 million people are at risk of famine in Yemen, which they have described as the world's worst humanitarian crisis.

The World Food Programme said Thursday it will nearly double food aid to Yemen to reach 14 million people a month -- almost half the population.

The WFP is providing food assistance to about seven to eight million people every day, "but the situation has now got so dire that WFP is preparing to scale up", spokesman Herve Verhoosel told journalists in Geneva.

"Indications are that even greater efforts will be needed to avert mass starvation."

The WFP said the violence must stop immediately to give Yemen "a chance to pull back from the brink".

"Unless it does, this will become a country of living ghosts, its people reduced to sacks of bones."

Nearly 10,000 Yemenis have been killed in the conflict since 2015, according to the World Health Organization. Human rights groups say the real death toll may be five times higher.

United Kingdom : No more new petrol and hybrid cars from 2035
Prime Minister Boris Johnson is seeking to use the announcement to elevate...
421 vues
2