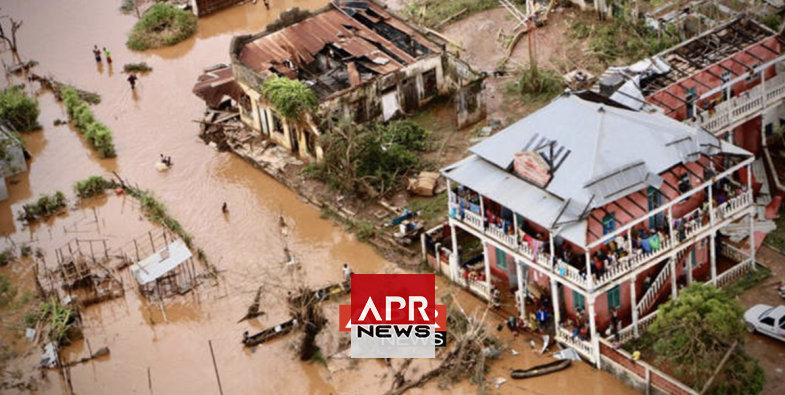 APRNEWS - The World Bank has increased emergency support for the three southern African countries affected by a devastating cyclone that killed hundreds in March to $700 million, the lender said on Friday.

More than 1,000 people were killed across Mozambique, Zimbabwe and Malawi after Cyclone Idai, the worst cyclone in decades, lashed the eastern Indian Ocean coast bringing heavy winds and rains.

New World Bank President David Malpass, who is in Africa for his first foreign trip, toured the affected areas in Mozambican port city of Beira on Friday.

The bank said it was activating the International Development Association’s (IDA) Crisis Response Window (CRW) to provide up to $545 million in total for the three countries.

The IDA is the bank’s fund for the poorest countries.

“This is in addition to nearly $150 million in resources that have recently been made available from existing projects. Together, total World Bank support to the three countries’ recovery reaches around $700 million,” the bank said.

Mozambique, which was hardest hit by the cyclone, would receive $350 million in CRW financing to re-establish the water supply, rebuild damaged public infrastructure and support disease prevention, among other things, the World Bank said.

Malawi would get $120 million in financing, while the lender intended to provide an exceptional allocation of up to $75 million to select United Nations agencies to support Zimbabwe.

The bank said it was still assessing the impact of Cylcone Kenneth that slammed the island nation of Comoros and then northern Mozambique last month.

“The World Bank Group is working closely with our partners to help the population recover from these terrible storms, build back stronger than before, and improve countries’ resilience to natural disasters,” Malpass said in a statement.

As part of his Africa trip, Malpass had also traveled to Ethiopia and Madagascar to visit several World Bank Group-funded projects, and held meetings with government leaders, private sector representatives, and other stakeholders.

India : Exhausted Migrants Fell Asleep On Tracks. 17Run Over By...
Seventeen migrant workers in a group of 20 were killed after a cargo train...
120 vues
4