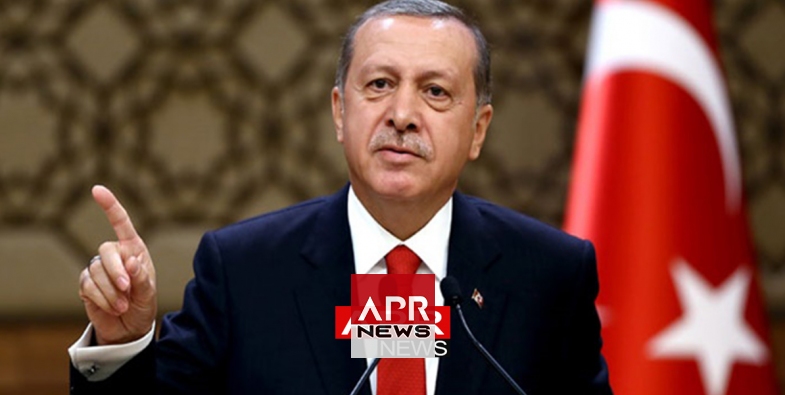 REUTERS - Turkey’s Tayyip Erdogan emerged victorious on Monday from his biggest electoral challenge in a decade and a half, giving him the sweeping, executive powers he has long sought and extending his grip on the nation of 81 million until at least 2023. The most popular - yet divisive - leader in modern Turkish history, Erdogan pledged there would be no retreat from his drive to transform Turkey, a deeply polarized nation that is both a NATO member and, at least nominally, a candidate to join the European Union.

Erdogan, 64, is loved by millions of devoutly Muslim working class Turks for delivering years of stellar economic growth and overseeing the construction of roads, bridges, hospitals and schools.

The president and his ruling Islamist-rooted AK Party claimed victory in Sunday’s presidential and parliamentary polls after defeating a revitalized opposition that in recent weeks had gained considerable momentum and looked capable of staging an upset.

“It is out of the question for us to turn back from where we’ve brought our country in terms of democracy and the economy,” Erdogan told jubilant, flag-waving supporters on Sunday night.

Critics say campaigning took place under deeply unfair conditions, with Erdogan dominating media coverage in the run-up to the vote, and his opponents getting little air time. One rival presidential candidate, the head of a pro-Kurdish party, campaigned from a prison cell, where he is detained on terrorism charges he denies. He faces 142 years in prison if convicted.

The High Election Board (YSK) said on Monday the elections had been “healthy”.

NEW POWERS
The vote ushers in the powerful executive presidency backed by a narrow majority in a 2017 referendum.

Critics, including rights groups, have said this will further erode democracy and entrench one-man rule. They point to a widening crackdown since a failed 2016 military coup that has seen some 160,000 people detained and media outlets shut down.

Under the new system, the office of prime minister will be abolished. The president will be able to issues decrees to form, regulate ministries and remove civil servants, all without parliamentary approval.

The lira TRYTOM=D3 currency, which has lost some 20 percent of its value this year, rallied some 2 percent in early trade, while stocks .XU100 rose more than 1 percent, after an early surge, as investors bet that the result would lead to political stability - a positive for financial markets.

Although investors have been nervous about Erdogan’s tightening grip on power, there had been concern that the outcome of the election could lead to policy uncertainty.

The state-run Anadolu news agency said that, based on unofficial results, the AK Party and its MHP alliance will hold 343 seats in Turkey’s 600-seat parliament, with 293 of those for the AKP and 50 for the nationalists.

The main opposition Republican People’s Party (CHP) will have 146 seats, the pro-Kurdish HDP 67 and the breakaway nationalist Iyi Party 44.

The opposition had said late on Sunday it was still too early to concede defeat. The main opposition’s presidential candidate, the combative former teacher and veteran CHP lawmaker Muharrem Ince, took nearly 31 percent.

Ince’s silence in the aftermath of the vote brought him widespread criticism from supporters on social media.

Ince was due to speak at a news conference at 0900 GMT.

Erdogan has repeatedly cast his opponents as enemies of democracy, tapping into the groundswell of nationalist feeling that followed a failed coup in 2016.

“There is no stopping for us until we bring Turkey, which we saved from plotters, coupists and political and economic hitmen, street gangs and terrorist organizations, to among the top 10 economies in the world,” he said.