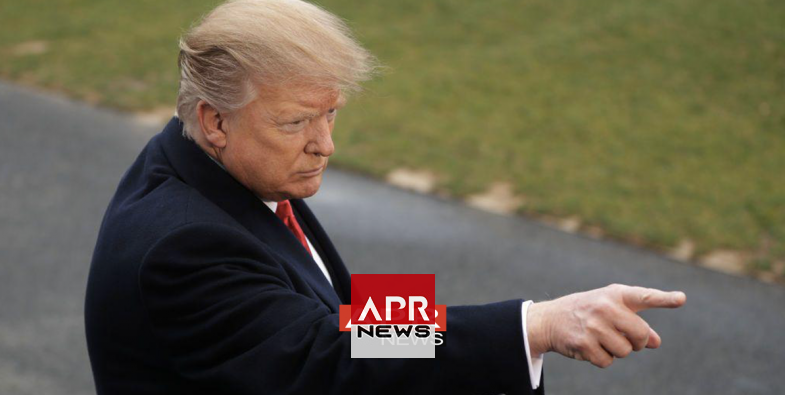 APRNEWS - President Donald Trump assured Israel on Sunday that it has Washington’s full support after the Jewish state led waves of retaliatory strikes in the Gaza Strip in response to Palestinian rockets.

“Once again, Israel faces a barrage of deadly rocket attacks by terrorist groups Hamas and Islamic Jihad. We support Israel 100% in its defence of its citizens,” Trump tweeted.

“To the Gazan people — these terrorist acts against Israel will bring you nothing but more misery. END the violence and work towards peace – it can happen!”

Trump’s message came in the wake of the most serious escalation since the 2014 war, with 19 Palestinians killed in the Gaza Strip and four in Israel.

The tiny, densely populated enclave’s health ministry said among those killed on Sunday were a pregnant woman and a four-month-old baby. The Israeli military declined to comment on the claim.

At least nine of those killed were confirmed to be militants affiliated with the Palestinian territory’s leaders Hamas or the allied Islamic Jihad group.

On the Israeli side, four civilians were killed as Hamas and Islamic Jihad fired barrages of rockets and at least one anti-tank missile from the enclave, Israeli authorities said.

Three of the dead were identified by authorities as Israeli citizens, with the nationality of the fourth not announced.

The Trump administration has closely aligned itself with Israel’s right wing.

The president’s son-in-law and advisor Jared Kushner has indicated that an upcoming US peace plan for the Middle will pull back from long-standing mentions of a two-state solution with the Palestinians and accept Jerusalem as Israel’s capital.

The Palestinian leadership has already said it does not accept mediation by Trump, whose evangelical Christian base is fervently pro-Israel and whose long list of actions in support of the Jewish state includes moving the US embassy to Jerusalem.

Israel considers the holy city its eternal capital, but Palestinians want east Jerusalem as part of a future state.