Trump creates 'Office of the Former President' in Florida 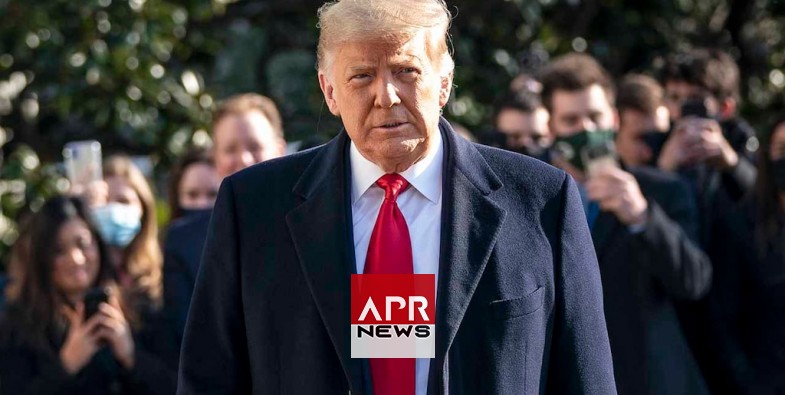 Trump creates 'Office of the Former President' in Florida

Speculation about Trump’s post-presidency has ranged from him possibly starting his media company to running for a second term in 2024.

A statement from Trump’s office said the "Office of the Former President" will be responsible for his "correspondence, public statements, appearances, and official activities. 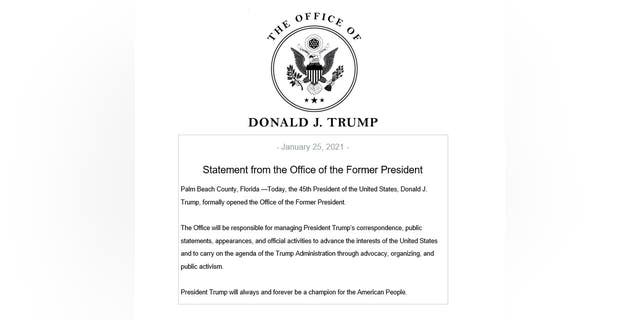 The Office will also "advance the interests of the United States and … carry on the agenda of the Trump Administration through advocacy, organizing, and public activism."

The announcement comes as Democrats marched the impeachment case against Trump to the Senate Monday night for the start of his historic trial. Republican senators, meanwhile, were easing off their criticism of the former president and shunning calls to convict him over his supposed role in the deadly siege at the U.S. Capitol.

The House prosecutors delivered the sole impeachment charge of "incitement of insurrection," making the ceremonial walk across the Capitol to the Senate. But Republican denunciations of Trump have cooled since the Jan. 6 riot. Instead, Republicans are presenting a tangle of legal arguments against the legitimacy of the trial and questions whether Trump's repeated demands to overturn Joe Biden's election really amounted to incitement.

Arguments in the Senate trial will begin the week of Feb. 8, and the case against Trump, the first former president to face an impeachment trial, will test a political party still sorting itself out for the post-Trump era. Republican senators are balancing the demands of deep-pocketed donors who are distancing themselves from Trump and voters who demand loyalty to him.

Speculation about Trump’s post-presidency has ranged from him possibly starting his media company to running for a second term in 2024.

Trump’s 2020 campaign senior adviser Jason Miller on Sunday ruled out the possibility of Trump running in future elections on a third-party ticket, saying that his immediate focus is to help Republicans win back the House and Senate in the 2022 midterms.