Three US soldiers killed in Afghanistan 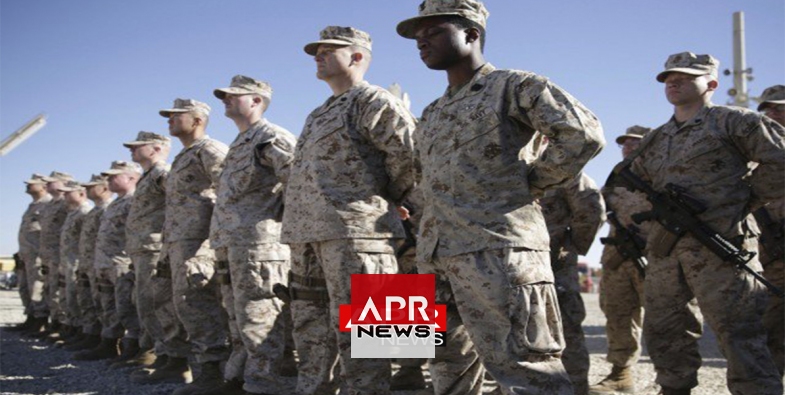 Three US soldiers killed in Afghanistan

AFP - Three US soldiers were killed and three wounded by a bomb in Afghanistan Tuesday, NATO said, taking the number of American service personnel to die in the war-torn country this year to 12.

NATO's Resolute Support mission would not immediately release any details about the soldiers, but said they had been killed when an improvised explosive device (IED) detonated near Ghazni city in central Afghanistan.

An American contractor was also wounded, it said, adding that the four injured in the blast were receiving medical care.

The casualties come just days after another US soldier was killed in Afghanistan's Nimroz province on Saturday.

An initial review showed the soldier was "likely accidentally shot by our Afghan partner force", a NATO statement said Tuesday, adding that the "tragic" incident occurred as they engaged in a battle with al Qaeda militants.

"There are no indications he was shot intentionally," the statement added, naming the soldier as Sgt Jasso without giving a first name.

General Scott Miller, the top US and NATO commander in Afghanistan, said Jasso was killed "defending our nation, fighting al Qaeda alongside our Afghan partners".

More than 2,200 American soldiers have been killed in Afghanistan since the 2001 US-led invasion that toppled the Taliban regime from power.

The number of American casualties has fallen dramatically since the end of 2014 when Afghan forces took over from US-led NATO combat troops to secure the country.

Since the start of 2015, 58 Americans have been killed, President Ashraf Ghani said earlier this month.

In the same time period, nearly 30,000 Afghan police and soldiers have died, Ghani said -- a figure much higher than any previously acknowledged.

The shocking mortality rate, which some experts warn is unsustainable, has sent already shaky morale to new lows.

The Taliban have intensified attacks on Afghan forces even as the United States ratchets up efforts to engage the militants in peace talks.

Washington is trying to find a way out of the conflict more than 17 years since it began.

US envoy Zalmay Khalilzad is spearheading efforts to strike a peace deal with the Taliban before Afghanistan's presidential election, scheduled for April next year though officials have said it could be postponed until July.

A Taliban delegation met with Khalilzad in Doha in October and November to discuss ending the Afghan conflict. Khalilzad has said he is "cautiously optimistic" for an end to the conflict.