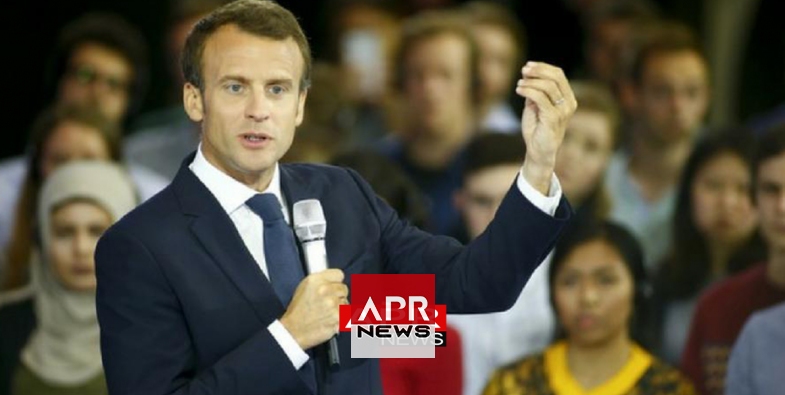 APRNEWS - French President Emmanuel Macron faced a battle Monday to convince the sceptical French of his latest move to quell “yellow vest” anger as he kickstarted a two-month national debate on his policies.

Macron, who is struggling to end the biggest crisis of his presidency, on Sunday set out 35 questions to be debated in towns and villages across the country between January 15 and March 15.

“We won’t agree on everything, that’s normal, that’s democracy. But at least we’ll show we’re a people that is not afraid to talk, exchange and debate,” he wrote in his “letter to the French”.

The missive followed a ninth consecutive Saturday of nationwide “yellow vest” rallies which saw an uptick in turnout but less violence than previous demonstrations over the past two months.

Macron hopes that returning to more participative democracy — a key feature of his 2017 grassroots election campaign — will satisfy the protesters’ demands for a greater say in the running of the country.

“I intend to transform anger into solutions,” he wrote, promising “a new contract for the nation”.

But he made clear there was no question of him resigning, saying the debates, which will revolve around taxation, democracy, the environment and immigration, were “neither an election nor a referendum”.

Within the ranks of the “yellow vests”, reactions were mixed, with some welcoming Macron’s letter but many calling it a government smoke-screen.

“A debate means discussing everything. When you say we’re going to debate, but not about that, that, that and that…that’s called ‘shut up and listen to me’,” Maxime Nicolle, one of the movement’s most prominent figures, said in a YouTube video.

In its editorial Monday, the left-wing Liberation daily called the missive an attempt by Macron “to save the three years he has left” as president.

“The exercise is all the more perilous given the mood in the country, which is extremely grumpy,” the paper added.

In an Odoxa-Dentsu poll published last week, 32 percent of respondents said they would take part in the debate but 70 percent said they did not believe it would lead to significant change.

Taxes, environment
The questions that will be debated include: “Which taxes do you think should be lowered first?”, “Should some public services that are out of date or too expensive be eliminated?”, “What concrete proposals do you think would accelerate our environmental transition?” and “Should we use more referendums?”

A question about immigration asked: “Once our asylum obligations are fulfilled, do you want parliament to be able to set annual targets?”

While Macron assured that there were “no forbidden questions”, he did say that there was no question of bringing back the death penalty, banning abortion or ending the right to seek asylum.

He also said the government would not revisit steps taken “to encourage investment and make work pay more” — seen as a slapdown of the “yellow vests” demand for him to reinstate the fortune tax he partly repealed last year for high earners.

The hard-left France Unbowed party, which has been vying with the far-right National Rally to be seen as chief champion of the “yellow vests” cause, accused him of pre-determining the outcome.

“The people may debate, but Jupiter decides,” Eric Coquerel, a France Unbowed MP tweeted, referring to Macron mockingly by his nickname, the king of the gods in Roman times.

Macron has promised to report back on the consultation a month after the debates wind up.

On Tuesday, he will embark on a tour of town-hall meetings around the country, the first of which will be held with local mayors in Bourgtheroulde in northwest France.

Less violence
The debate is the third prong of the 41-year-old leader’s strategy for ending the “yellow vest” protests.

They erupted in November over high fuel taxes but then ballooned into a widely supported revolt over inequality.

At the same time, the government has vowed to crack down on a violent fringe within the “yellow vest” movement, after several protests in Paris and other cities ended in clashes with police and arsonists running amok.

While the latest protests saw an increase in turnout to 84,000 from 50,000 the previous week, there was a marked decline in violence.

But the protesters also came under fire on Sunday over numerous attacks and threats against journalists across the country.

Reporters Without Borders secretary-general Christophe Deloire said “a turning point has been reached” after journalists were beaten, kicked and threatened with rape during the rallies.