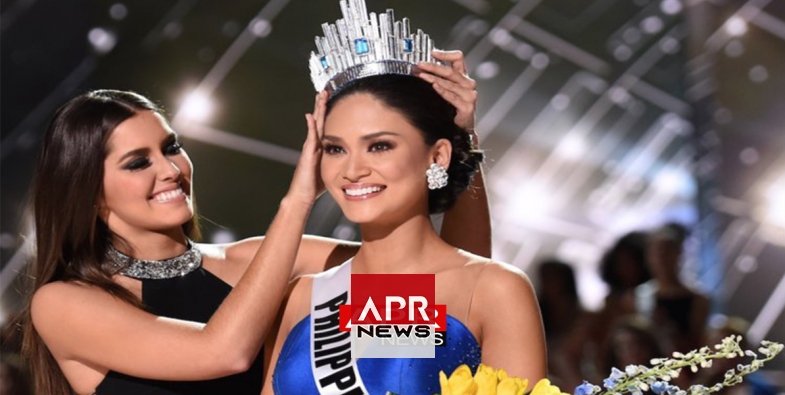 APRNEWS - Miss Philippines was crowned Miss Universe on Monday in Bangkok after a trailblazing ceremony praised for featuring its first transgender candidate but marred by gaffes about the English-speaking ability of two Asian contestants.

In the final round, Gray earned applause describing her work in the slums of the Philippine capital Manila.

After winning she told reporters she would like to expand her work with an organisation in the Philippines that promotes education on HIV and AIDS.

“A few years ago I lost a close friend to health complications with HIV,” she said.

“So spreading awareness on that cause and encouraging people to get the simple test and knowing their status is definitely one of my first projects that I’d like to pursue.”

Gray — a student of music theory — beat more than 90 contestants from around the globe in the 67th instalment of Miss Universe, which was held in the Thai capital’s Impact Arena.

During the competition, which was broadcast live, candidates were asked questions on press freedom, legalisation of marijuana, refugees and the #MeToo movement.

This year’s event drew positive feedback for themes of inclusivity and an all-women panel of judges made up of business leaders and former Miss Universe titleholders.

Miss Spain’s Angela Ponce made history as the first transgender candidate in a competition once owned by President Donald Trump, whose administration has attempted to block military recruitment of transgender people.

“I always say: having a vagina didn’t transform me into a woman. I am a woman, already before birth, because my identity is here,” Ponce told AFP on Saturday, gesturing to her head.

She added she wanted her appearance to be empowering and that she hoped for a “new generation of human beings who are raised a lot better, more tolerant and respectful.”

But issues of tolerance and respect came centre stage during the competition when Miss USA Sarah Rose Summers appeared to poke fun at Miss Vietnam and Miss Cambodia on social media for not being able to speak English.

The comments went viral but Summers later posted an apology on Instagram, saying she did not “intend to hurt” her fellow competitors.

Gray’s victory was closely followed in the Philippines, where beauty pageants are hugely popular.

Social media exploded with clips of fans jumping for joy and hugging each other as the Filipina contestant went through each successive round and eventually won.

A spokesman for President Rodrigo Duterte in a statement praised Gray’s win for putting the Philippines on the world map “for its beauty and elegance”.