Medication: Knowing where and how to buy drugs 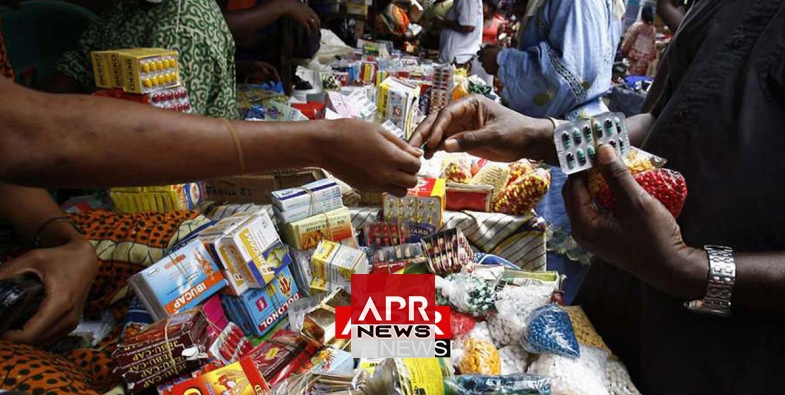 Medication: Knowing where and how to buy drugs

APRNEWS - Mobile Drug Sellers A Treat To Healthy Living
As people fall sick daily, self-medication is gradually becoming the norm, even among educated members of the public.

This practice, the Pharmacists Council of Nigeria (PCN) warns is highly risky, unhealthy and dangerous to the well being of individuals.

According to PCN’s Deputy Director, Enforcement, Stephen Esumobi, “It is against the law to hawk medicines in buses, and we have a federal taskforce, which is domiciled in NAFDAC. Every state has a taskforce coordinated by NAFDAC and the PCN is a part of it. So, anywhere you find a lot of people hawking medicines, then the state is not doing well enough.”

The PCN is responsible for registering premises, manufacturing, wholesale distribution, and patent and proprietary medicine dealers. Its enforcement unit is saddled with the task of shutting down illegal drug retail premises.

According to Esumobi, “We discovered that these premises are outlets for the distribution of fake, substandard drugs, even as some are used for abuse of substance, especially codeine and other related drugs. These illegal premises have channels, which they stock drugs, from where they also explore ways of ferrying them to the North and other parts of the country in a clandestine manner.

“But for the patent medicine vendors, that have met the requirement for registration, we have what is called orientation. We train them on how to handle simple household medicines because you will agree with me that we don’t have enough pharmacies to cover the whole country. That is why the government allows people to be trained to fill the gap pending when we would have enough pharmacies in the country.

“After the orientation, they are made to pass through the continued education programme, which is held every two years. After this, their premises are registered and they are handed a drug list, which they are qualified to deal on since they are not trained professionals.

This drug list has been approved by the Federal Ministry of Health, but many of them still stock drugs that they are not qualified to vend, thereby putting the health and safety of the public at risk; because the difference between a toxic and therapeutic drug is very narrow; the properties of these drugs could harm patients.

So, many people die due to wrong use of drugs. In areas where there are high numbers of such outfits, the death rate may be higher. And for like the North, where they don’t carry out autopsy, they get away with it.”

Esumobi, who stressed that so many deaths are caused by wrong use of drugs, recalled an incident, which cost the life of his friend.

“A friend of mine, who works with a radio station was sick and his wife invited a patent medicine vendor to their home, and the vendor ended up administering drugs on him. Shortly after the drug was administered, my friend started sweating, and it looked like his heart was already compromised. Sadly, he passed on same day. And no charges were pressed against the patent medicine dealer because the family didn’t want to, this is one of the many cases that happen around,” he said.

Esumobi urged members of the public to always patronise only registered patent medicine vendors, whose licenses are still valid, as they have been certified to deal on over-the-counter drugs.

“Once patent medicine vendors are registered and have valid licenses, they display their licenses conspicuously for everyone to see that they are qualified to handle over-the-counter drugs that do not need prescription to buy, and, which have fewer tendencies to cause harm, even though they may still be harmful.

“Same thing applies to pharmacists, who are licensed to handle all drugs because they are trained professionals. That notwithstanding, we continue to carry out mandatory professional development programmes for them too, as well as, train them on new developments in drugs and related medicines.

Commenting on the pathetic state of chemists, where over-the-counter drugs are dispensed, he said such drugs are “only licensed to be sold in designated places that are befitting. This is so because there are so many environmental factors that affect their stability and those premises must meet requirement for storage. Drugs that are hawked about have been exposed to environmental factors, so there is a possibility that some of them might have degraded before their expiry dates, and once they are degraded, some of them are transformed to harmful products. For instance, tetracycline once degraded destroys the liver, and some of them are toxic to the kidney because they have products of metabolism and can be degraded into up to five different products, depending on the type of environmental factor, which could be humidity or temperature.”

He stressed the need for members of the public to avoid like a plague, mobile drug sellers because patent and proprietary medicine committees that are established in all states of the federation do not monitor them.

“Nobody checks mobile drug sellers as they cannot be tracked. It is difficult to monitor their activities and the quality of products that they carry around.”

On how to guard against quacks masquerading as pharmacists, and even pharmacists, who are recognized, but whose licenses are no longer valid, he said, “A pharmacy must have an annual license, which is renewed every year, and the premises must have a premises certificate also renewed yearly. Each pharmacy is expected to display these certificates conspicuously and anyone has the right to demand to see these licenses because they should never be hidden. When our inspectors go out, we penalise those who fail to display their licenses. This is same for the patent medicine vendors, who are also expected to display conspicuously, their licenses or evidence of their renewal, which may be due to delay in processing the license. So, I would use this opportunity to further advise affected persons that once their documents are submitted for renewal, they should display their old licenses and evidence of renewal before their license comes. We know that there are still a lot of drug dealers operating illegally, but we will continue to do our best to weed them out of the society.”

A pharmacologist, Sandra Williams, equally lent her voice to the warning against patronising mobile drug hawkers, stressing that this is one of the ways of compromising the standard and quality of drug.

Describing drugs as “highly regulated substances,” she stated that hawking them “makes room for counterfeiting, and with counterfeiting so rife, there is possibility of fake drugs being sold alongside genuine ones. The end user unfortunately suffers from the poor quality of drugs.

“In case of adverse reactions or inefficiency, these drug sellers cannot be traced, so, hawkers should be prevented from selling drugs and appropriate sanctions should be in place to deal with defaulters.”

Williams said: “When people patronise pharmacies, they are sure of getting the right medication and the right expert advise on drug use and side effects because pharmacies are well structured and regulated for such.”