May's resignation in the balance as Brexit deadlock continues 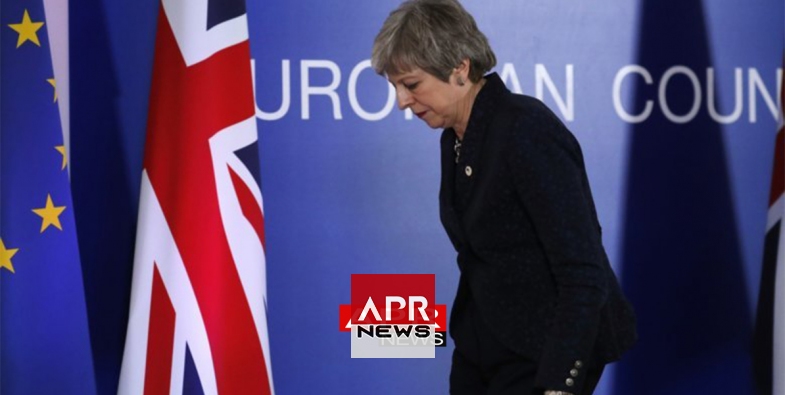 May's resignation in the balance as Brexit deadlock continues

Lawmakers voted on options that included leaving the European Union without a deal, staying in the bloc's customs union and single market, putting any EU divorce deal to a public referendum, and canceling Brexit if the prospect of a no-deal departure gets close.

The strongest support was for a plan to stay in a customs union with the bloc after Brexit, which was defeated by eight votes: 272-264.

A proposal to put May's deal, if agreed, to a "confirmatory" public vote also came close to passing, defeated by 295 to 268 votes – a result that drew huge cheers in the Commons.

Lawmakers plan to narrow the list of options down and hold more votes on Monday. Theresa May's cabinet has abstained from the votes.

Frustrated by May's refusal to change strategy, backbench MPs had voted on Monday to seize control of the Brexit process and stage their own series of votes that might set out an alternative plan. But the lack of a decisive outcome has done little to clarify how and when Britain will finally leave the EU.

He said a "wide variety of options" had been considered and it was clear there was no "simple way forward".

May offers to quit

May agreed a deal with the EU last week to delay Brexit amid fears Britain was heading for a potentially catastrophic "no deal" exit on Friday.

If her deal is passed by MPs this week, Brexit will happen on May 22 – but if not, she must return to Brussels before April 12 to explain what happens next.

Earlier Wednesday, May dramatically announced she would quit if her MPs finally backed her withdrawal agreement.

"I know there is a desire for a new approach – and new leadership – in the second phase of the Brexit negotiations and I won't stand in the way of that," she told a packed meeting of her Conservative MPs.

"But we need to get the deal through and deliver Brexit. I am prepared to leave this job earlier than I intended in order to do what is right for our country and our party."

Downing Street still has hopes of returning its deal to MPs for a third vote this week, but said it would only do this if it believed it would win.

The opposition Labour and Scottish National parties are also against the deal.