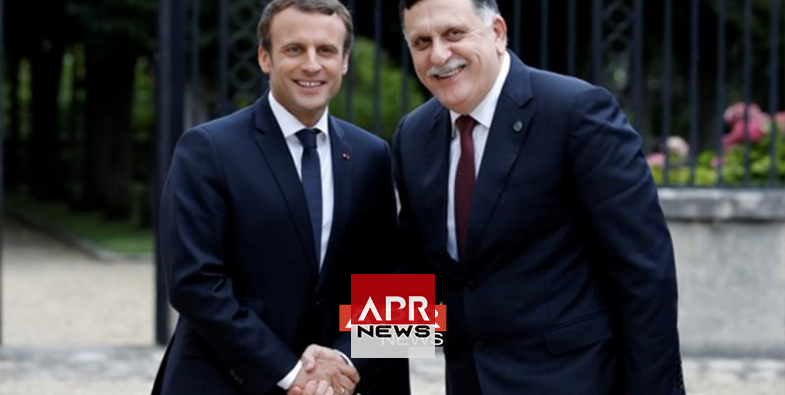 APRNEWS - Libyan Prime Minister Fayez al-Sarraj, head of the internationally recognised government in Tripoli, accused France on Wednesday of supporting his rival Khalifa Haftar whom he described as a “dictator”.

The comments from Sarraj to the Liberation and Le Monde newspapers in France are his harshest criticism yet of Paris which has long been suspected of offering backing to Haftar, a former army field marshal based in eastern Libya.

Haftar, head of a self-styled Libyan National Army (LNA), has gradually expanded his territorial control and launched an offensive on April 4 on the capital Tripoli where Sarraj’s UN-recognised government is based.

“We are surprised that France does not support our government that is democratic, but supports a dictator,” Sarraj told the newspapers in comments published in French on Wednesday.

“When (French president) Emmanuel Macron called me, I warned him that public opinion was against France. We don’t want Libyans to hate France. France still has a positive and important role to play,” he said.

Speaking to Le Monde on Monday, Sarraj said France was partly to blame for Haftar’s offensive on Tripoli, which has led to 264 deaths and over 1,200 wounded.

“The disproportional support from France towards Haftar is what made him decide to take action and abandon the political process,” he said.

France has denied the accusations of supporting Haftar, saying it has contact with all the actors in war-ravaged Libya where a complex mosaic of militias and political factions are competing for advantage.

But French diplomatic sources have raised a concern about Sarraj’s apparent lack of influence and his alleged dependence on Islamist militias and the Muslim Brotherhood group.

He is backed by Qatar and Turkey, analysts say.

Haftar is increasingly seen by his allies, which include Russia and Egypt, as a bulwark against Islamists who gained a foothold after the 2011 uprising that ousted and killed dictator Moamer Kadhafi.

Haftar won overt backing from US President Donald Trump last week too.

That came a day after Russia and the United States opposed a British bid at the UN Security Council, backed by France and Germany, to demand a ceasefire in Libya.

France has long had contacts with Haftar and invited him to the conference of the various factions in Paris in May last year which helped legitimise him.

Haftar was also hospitalised in Paris in April 2018.