Israel destroys tunnel from Gaza it says intended for attacks 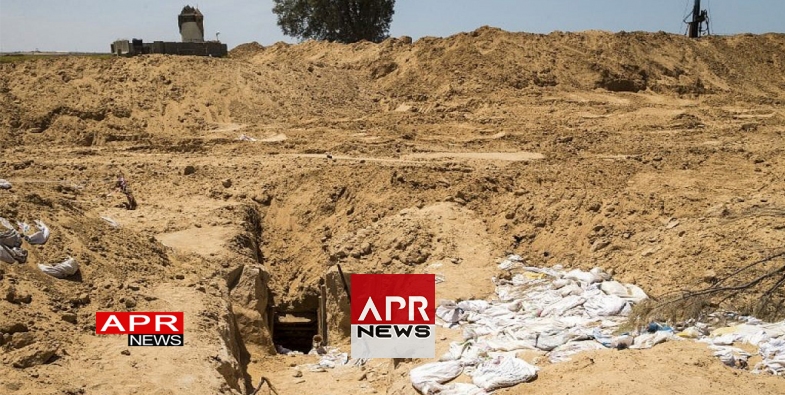 Israel destroys tunnel from Gaza it says intended for attacks

AFP - Israel said Sunday it used a combination of air strikes and other means to destroy a tunnel stretching from the Gaza Strip into the country and continuing into Egypt.

Israeli military spokesman Jonathan Conricus said the tunnel belonged to Palestinian Islamist movement Hamas and was intended for attacks as opposed to smuggling.

Such tunnels have been used to carry out attacks in the past.

He said he was not aware of any casualties from the destruction of the tunnel, which was still being built.

It ran underneath the main goods crossing between Israel and the blockaded Gaza Strip -- known as Kerem Shalom -- as well as gas and fuel pipelines, he said.

According to Conricus, Israeli air strikes late Saturday along with other unspecified means were used to destroy the tunnel.

The strikes occurred within the Gaza Strip, while further means were carried out in Israeli territory.

The tunnel began east of the city of Rafah in the Gaza Strip, crossed into Israel some 180 metres, then continued into Egypt for an unspecified length, with no exit point detected, he said.

Conricus said Israel had coordinated with Egypt on the operation.

The tunnel stretched a total length of around a kilometre and a half, he said.

Israel says it has been developing a new method to identify and destroy such tunnels, though it does not comment on details.

It is also building an underground wall in the area around the Gaza Strip to stop such tunnels.

The latest tunnel was the third destroyed since late October by Israel, but it comes at a particularly sensitive time.

Tensions between Palestinians and Israel have been high since US President Donald Trump's recognition of Jerusalem as Israel's capital on December 6.

Unrest has included rockets being fired from the Gaza Strip into Israel, with Israel's military responding with air strikes.

Conricus said Sunday Israel was defending its sovereignty with the destruction of the tunnel and was not seeking an escalation.