France : Immigrant who saved child from balcony fall given path to French citizenship 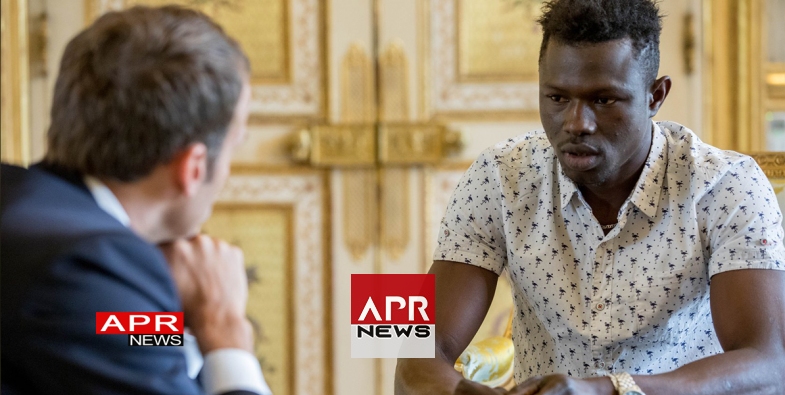 apr-news/ An immigrant dubbed the "Spider-Man of Paris" has been invited to apply for French citizenship
Email Facebook Twitter LinkedIn
Monday, 28 May 2018

France : Immigrant who saved child from balcony fall given path to French citizenship

EURONEWS- An immigrant dubbed the "Spider-Man of Paris" has been invited to apply for French citizenship after staging a remarkable rescue over the weekend.

Video published on social media showed Mamoudou Gassama — who is living in the country illegally, according to a rights group — quickly scaling the side of an apartment block to save a child clinging from the outside of a fourth-floor balcony.

The 22-year-old met French President Emmanuel Macron on Monday morning after being hailed for his bravery.

Macron later announced that Gassama could seek French nationality and that the fire service was ready to offer him a job.

“Mamoudou Gassama usefully reminds us that illegal immigrants are human beings with immense courage, which they have proved during their perilous journeys to Europe and it’s a courage that has continued to show itself here,” said SOS Racisme, a collective of anti-racism NGOs.

The drama unfolded on Saturday evening around 20h when firefighters were called to an apartment block in northern Paris to reports of a four-year-old child clinging from a balcony.

On arrival they found Gassama had already saved the youngster.

Video footage showed him scale the four floors in under 30 seconds as he was cheered on by crowds below.

“I saw lots of people shouting and cars beeping,” said Gassama, explaining to French media how he got involved.

“I climbed up like that and, thank God, I saved him,” he continued. “I was scared when I saved him and we went into the living room, I started trembling and I couldn’t stand up anymore, I had to sit down.”

According to preliminary investigations, the child had been at home alone, reported AFP news agency.

Hidalgo, who spoke with him by telephone, said Gassama had arrived from Mali a few months ago.

The father of the child was taken into custody, report AFP, while the mother was not in Paris at the time of the incident.