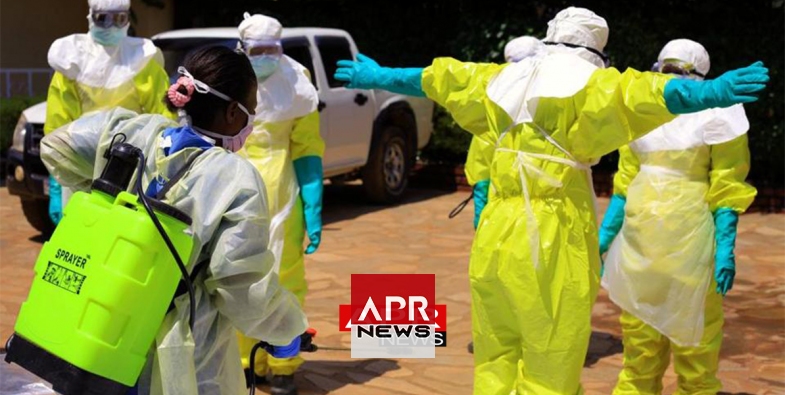 APRNEWS - Forty-one people have died in the latest outbreak of Ebola in DR Congo, health authorities said on Tuesday, adding that doctors were using a novel drug to treat patients.

Out of 57 recorded cases as of Monday, 41 were fatal, the Congolese Health Ministry and UN's World Health Organization (WHO) said. Fourteen of the deaths had been confirmed by lab tests, the ministry said.

Last Friday, the ministry put the tally at 37 deaths, either confirmed or suspected.

The outbreak is the country's 10th since 1976, when the disease was first identified in the Democratic Republic of Congo (DRC) near the Ebola River, a tributary of the Congo.

Its epicentre is Mangina in the region of Beni, in the strife-torn eastern province of North Kivu.

For the first time since the outbreak was announced on August 1, one fatality was recorded outside of North Kivu -- in the neighbouring province of Ituri, the ministry's directorate for disease control said.

It added that doctors in Beni had started to use a novel treatment called mAb114 to treat patients with Ebola.

The treatment is "the first therapeutic drug against the virus to be used in an active Ebola epidemic in the DRC," it said.

Developed in the United States, the prototype drug is a so-called single monoclonal antibody -- a protein that binds on to a specific target of the virus and triggers the body's immune system to destroy the invader.

The antibody was isolated from a survivor of an Ebola outbreak in the western DRC city of Kikwit in 1995, it said.

In May, the US National Institute of Allergy and Infectious Diseases (NIAID) said it was carrying out the first human trials of mAb114 to test it for safety and tolerance.

Use of the experimental treatment in the field comes on the heels of deployment of an unlicensed vaccine in an earlier outbreak of Ebola in the DRC this year.

The decision to use the vaccine, called rVSV-ZEBOV, came after trials during a pandemic in West Africa showed it to be safe and effective, the WHO says.

Immunisation with rVSV-ZEBOV was given to front-line health workers to provide them with additional protection -- a tactic that has been repeated in the latest outbreak.

Ebola causes serious illness including vomiting, diarrhoea and in some cases internal and external bleeding. It is often fatal if untreated.

The WHO has expressed concern that the violence in North Kivu -- entailing militias who often fight for control of resources, including a notorious Ugandan rebel force called the Allied Democratic Forces (ADF) -- could hamper the fight against the new outbreak.

WHO Director General Tedros Adhanom Ghebreyesus, visiting the area, on Sunday called for "free and secure access" for health workers, the agency said in a statement.

The outbreak in North Kivu was declared a week after WHO and the Kinshasa government hailed the end of a flareup in northwestern Equateur province which killed 33 people.

In the worst Ebola epidemic, the disease struck the West African states of Guinea, Liberia and Sierra Leone in 2013-15, killing more than 11,300 people.