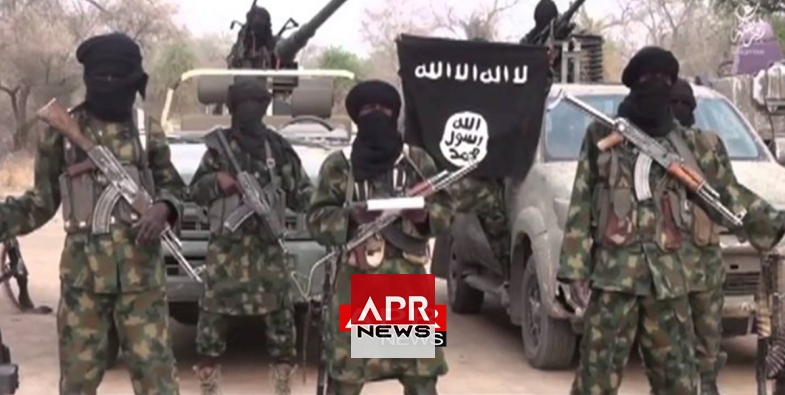 APRNEWS - Boko Haram jihadists have killed two people in an attack on a village in northeast Nigeria near the town of Chibok, residents and a militia official told AFP Tuesday.

“They killed two people and looted the village before setting it on fire,” said David Bitrus, a civilian militia member fighting alongside the army, after the Mifah attack.

“The village has been reduced to ashes. Six people were injured in the attack,” he said.

The attack, which happened around 8 pm (1900 GMT), forced residents of the village to flee to Chibok.

“The gunmen came in a truck and on several motorcycles and began shooting in the village,” said Mifah resident Manasseh Amos.

“They took all our food and livestock and burnt the village. We have nothing left,” Amos said.

Troops were stationed in Chibok since the schoolgirls were abducted four years ago, but violent Boko Haram raids have continued in communities across Nigeria’s remote northeast.

Chibok lies close to Boko Haram’s Sambisa forest enclave from where the jihadists launch attacks on nearby villages.

On Saturday, the militants burnt down three neighbouring villages near the state capital Maiduguri in an overnight raid that left two people dead.

The raid came hours after the jihadists hacked to death 12 farmers working in their nearby fields.

On Thursday, Boko Haram fighters looted and burnt Kalli village near the town of Damboa after fighting off soldiers protecting it, according to local officials.