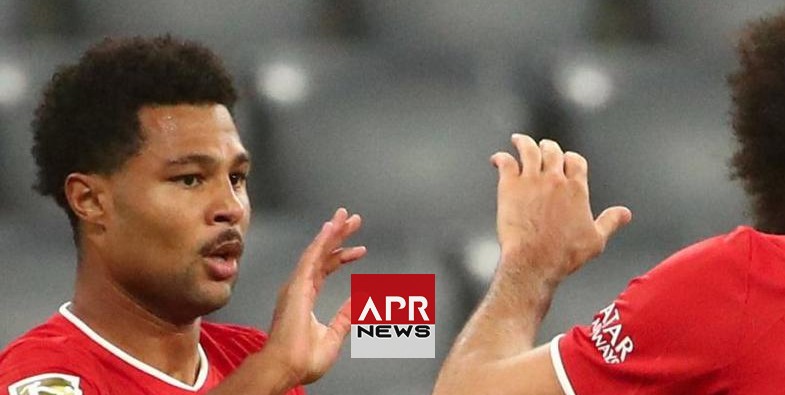 Serge Gnabry and Leroy Sane scored as they opened the new Bundesliga season with a demolition of Schalke.

Hansi Flick's side have won 22 games in a row.

Bayern's record now reads 30 wins and one draw since their last defeat in any competition on 7 December. They won last season's treble of Bundesliga, German Cup and Champions League.

Schalke, in contrast, have not won in the Bundesliga since 17 January and lost seven of their nine games following the 2019-20 season restart.

Bayern had hoped to have a crowd of 7,500 for their season opener - with clubs from some states allowed to have fans this weekend - but that was blocked by Munich's mayor.

Gnabry scored in the fourth minute as he found space outside the box before curling home - and Bayern never looked back.

This was the biggest victory any team have managed on the opening weekend of the Bundesliga.

Goretzka drove in a low second from Muller's lay-off and Lewandowski scored a penalty after he was fouled.

Sane then set up Gnabry to score into an empty net from 20 yards for his second goal. They paired up again with Gnabry slotting the ball through the goalkeeper's legs.

Muller scored next, as he volleyed home from Lewandowski's rabona cross.

Germany international Sane ran on to a through ball from the halfway line before slotting home. That was his first club goal since scoring for City against Manchester United in a 2-0 derby win in April 2019.

Teenager Musiala, who played for two minutes last season, came off the bench and cut in from the wing before adding an eighth. He is Bayern's youngest goalscorer in Bundesliga history.

That was the second time Bayern managed eight goals in a game this year, having smashed Barcelona 8-2 in the Champions League quarter-finals.