Afghan capital in shock after ambulance bomb kills over 100 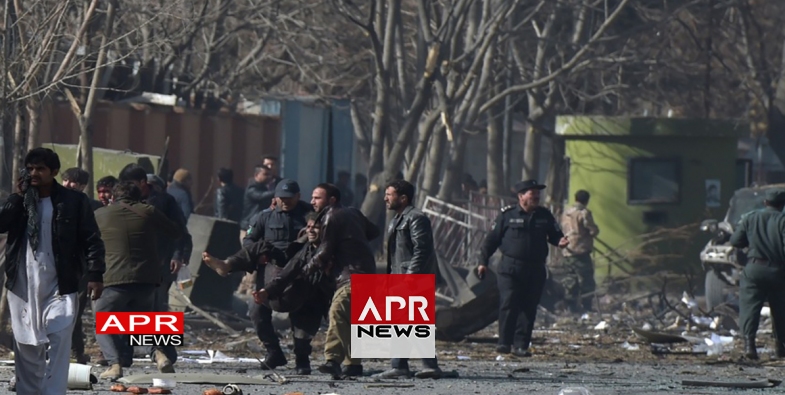 Afghan capital in shock after ambulance bomb kills over 100

REUTERS - Kabul reacted in despair and fear on Sunday, a day after a suicide bomb killed more than 100 people and wounded at least 235 in the worst attack seen in the Afghan capital in months. 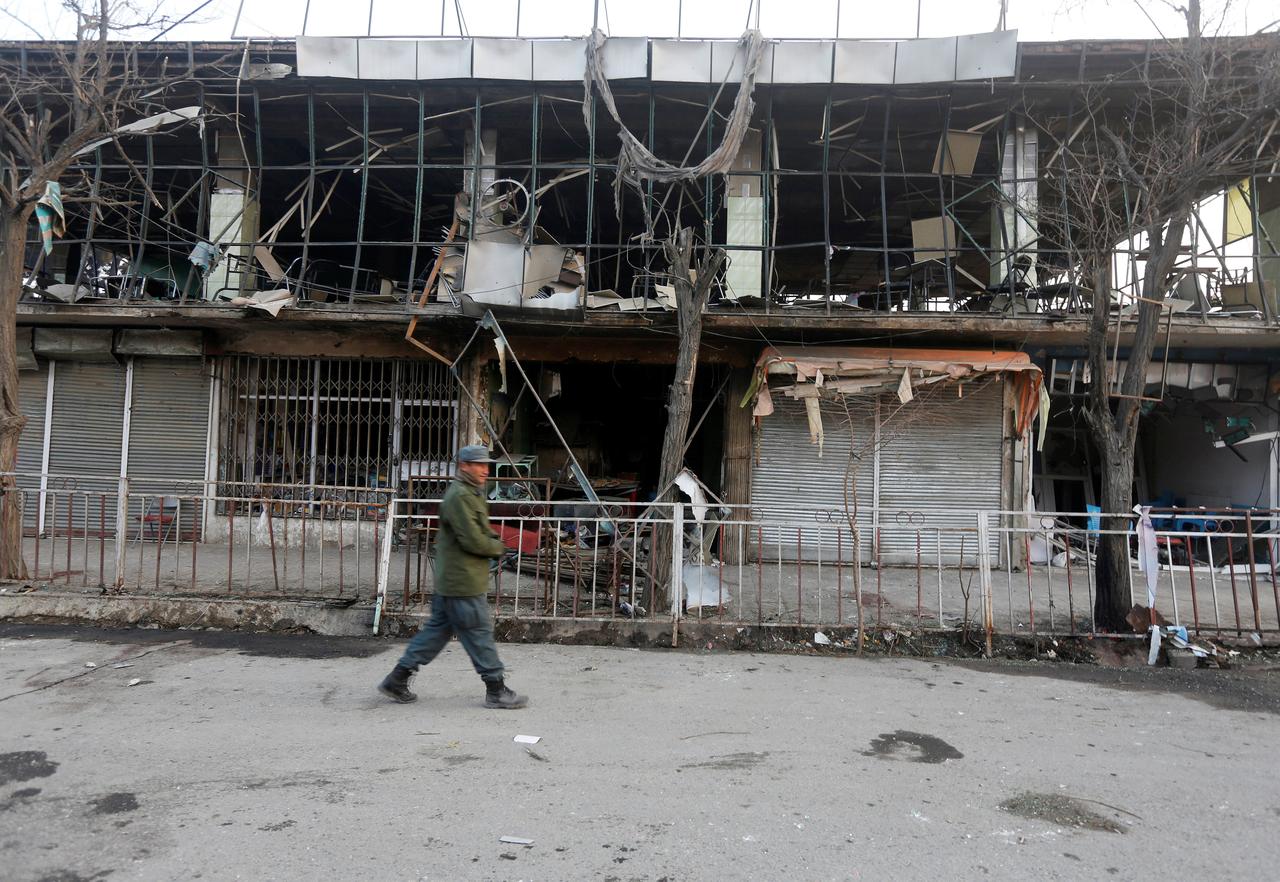 There was a mix of helpless anger at the seemingly endless wave of attacks after an ambulance packed with explosives blew up in a crowded city street, with security officials warning that more attacks were possible.

“How are we to live? Where should we go?” asked shopkeeper Mohammad Hanif, who was in his shop near the site of the explosion when it went off.

“We have no security, we don’t have no proper government, what should we do?”

Interior Minister Wais Barmak said the casualty toll had risen to at least 103 dead and 235 wounded. He said at least two vehicles painted as ambulances were involved in the attack, one of which blew up at when it was stopped at a police checkpoint.

The blast was claimed by the Taliban, a week after their deadly attack on the city’s Intercontinental Hotel, in a calculated answer to U.S. President Donald Trump’s new strategy in Afghanistan.

“The Islamic Emirate has a clear message for Trump and his hand kissers that if you go ahead with a policy of aggression and speak from the barrel of a gun, don’t expect Afghans to grow flowers in response,” Taliban spokesman Zabihullah Mujahid said in a statement, using the term the use to describe themselves.

Trump, who last year sent more American troops to Afghanistan and ordered an increase in air strikes and other assistance to Afghan forces, said the attack “renews our resolve and that of our Afghan partners”.

The attack was the worst seen in the Afghan capital since a truck bomb near the German embassy killed 150 people in May.

“People were running everywhere to escape, there were wounded people lying on the ground, people with wounds to their arms, legs, heads,” Hanif said.

After a deadly week in which an office of the aid group Save the Children in the eastern city of Jalalabad was also attacked, President Ashraf Ghani’s Western-backed government has faced growing pressure to improve security.

Despite a major tightening in checks following the May 31 attack, the ambulance was able to get through the checkpoints, apparently without difficulty.

“People don’t have work. There’s no life for people in Afghanistan. People have to look for a life somewhere else, there’s nowhere,” said shopkeeper Sameem. 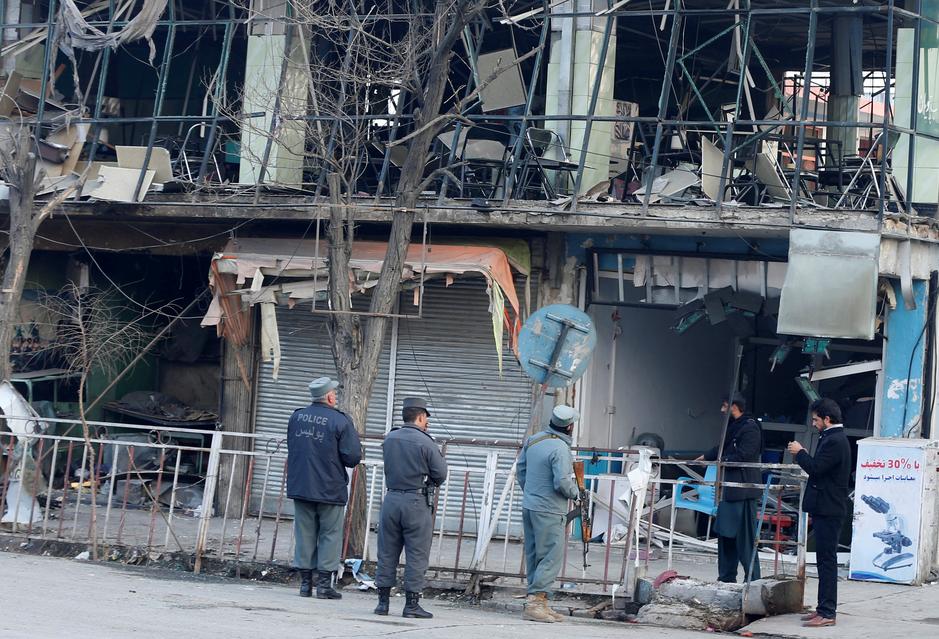 Pressure is likely to mount on President Ashraf Ghani to resolve political confrontation with his opponents, in particular with provincial powerbrokers defying central rule, and focus on security.

“The government can control the situation but the president has to share power with others, he needs unity with other parties so they can fight the Taliban together,” Mahmood told Reuters. 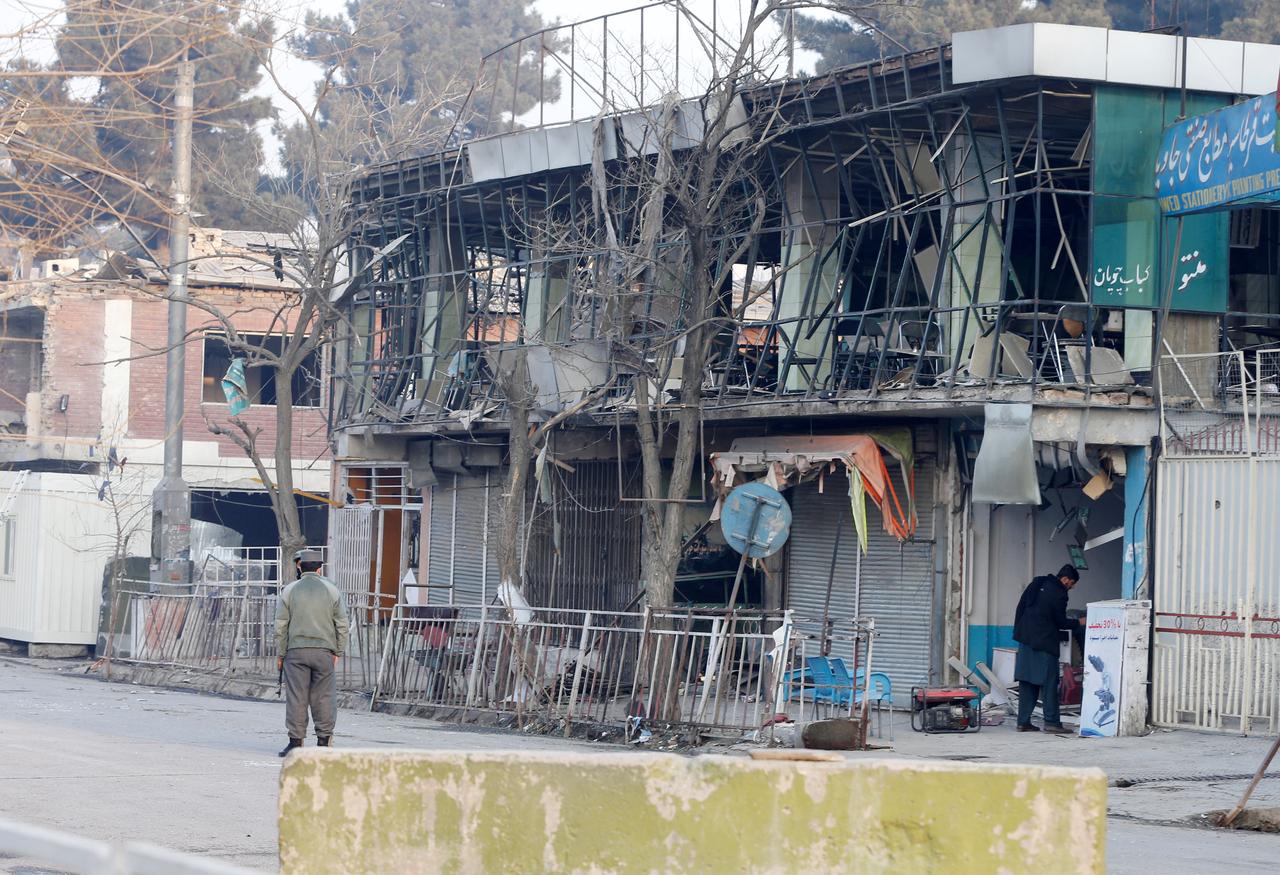 “Fighting terrorism and protecting the people is job one. I hope they rise to the occasion,” Khalilzad said on Twitter.

Saturday’s attack, described as “an atrocity” by the head of the U.N. mission in Afghanistan, drew universal condemnation from neighbouring countries and allies who had expressed confidence that the new U.S. strategy is producing results.

Following a recent visit to Kabul, the U.S. ambassador to the United Nations, Nikki Haley, said the strategy was working and pushing the insurgents closer to peace talks.

However, the Taliban have dismissed any suggestion that they have been weakened by the U.S. approach and say they will only agree to talks when international forces leave Afghanistan.

The United States, which has accused Pakistan of giving assistance to the Taliban and has cut off some aid, urged all countries to take “decisive action” to stop the violence.

Pakistan, which denies the U.S. accusations, condemned the attack and called for “concerted efforts and effective cooperation ... to eradicate the scourge of terrorism”.

The attack, in one of the most heavily protected parts of the city, close to foreign embassies and government buildings, demonstrated that the ability of the Taliban to mount deadly high-profile attacks that undermine confidence in the government remains undiminished.

The president’s office declared Sunday a day of mourning and said Monday would be a day off to allow care of the victims’ families.

The office also said Joko Widodo, president of Indonesia, which has the world’s biggest Muslim population, was due to visit Kabul on Monday.

India : Exhausted Migrants Fell Asleep On Tracks. 17Run Over By...
Seventeen migrant workers in a group of 20 were killed after a cargo train...
1020 vues
2

United Kingdom : No more new petrol and hybrid cars from 2035
Prime Minister Boris Johnson is seeking to use the announcement to elevate...
898 vues
3

Tears and singing as abducted Nigerian students return to parents
Nearly two months after their abduction by armed gunmen, more than two...
854 vues
4