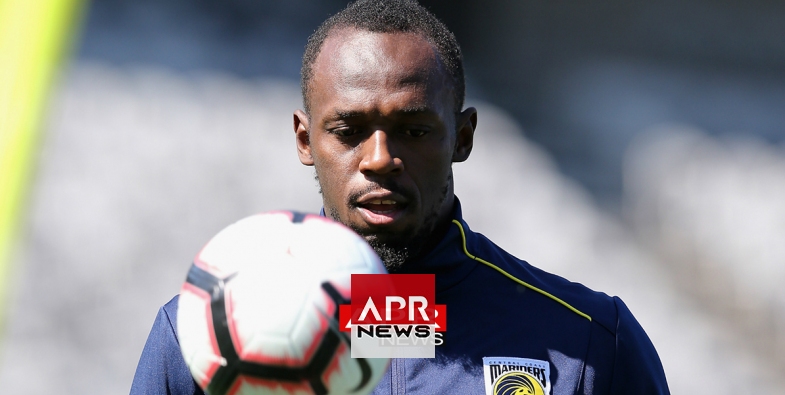 “For me, I’m not setting myself any targets to say ‘alright, this is what I’m gonna do’. I’m just gonna put in the work, you know what I mean. This is my first chance playing, getting a chance to train and to get to a level to play as a professional footballer, so I don’t know what to expect. So I’m just here to push myself, learn as much as possible. I told the coach from the start, ‘listen I’m here with a blank slate, no matter what I have learned, no matter what I’ve seen on TV’. For me it’s a blank slate, I’m here to learn and to get better, and that’s my focus”, Bolt said.

No matter what I've seen on TV'. For me it's a blank slate, I'm here to learn and to get better, and that's my focus.

The eight-times Olympic gold medallist has been given an open-ended trial with the Mariners, who finished bottom of the 10-team A-league last season.

There is plenty of doubt as to whether the fastest man on earth can reinvent himself as a top-flight footballer. His Coach Mike Mulvey rejected the view that Bolt’s trial was a gimmick and could prove a distraction to his squad.