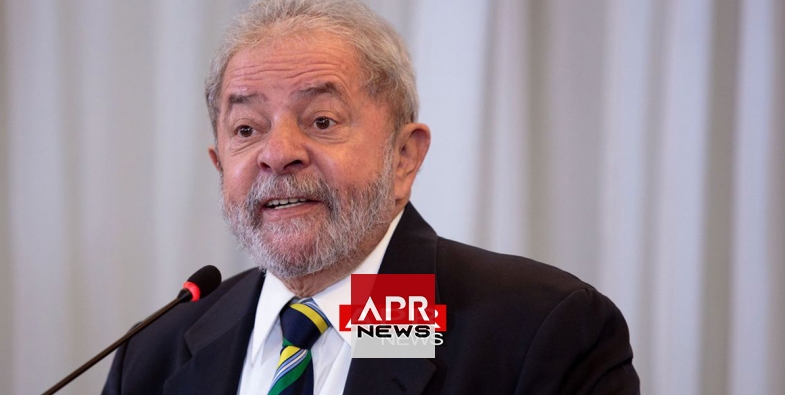 A massive security operation was put in place in the southern city of Curitiba, where the 73-year-old has been held since April, as press and around 100 devoted supporters flocked to the federal court where he and 12 others were interrogated by Judge Gabriela Hardt.

Lula was questioned over refurbishments to a farm believed to belong to him, paid for by major construction companies between 2010 and 2014 in exchange for big contracts with state oil giant Petrobras.

The afternoon hearing, which was closed to media, lasted around three hours. The leftist icon, already serving a 12-year sentence for accepting a seaside apartment as a bribe during his 2003-10 presidency, was then returned to his cell.

Lula's defense lawyers maintain he is innocent of all charges against him and have accused authorities of harassment.

Experts don't expect a decision before the end of the year.

A lawyer for one of his fellow accused said Lula looked well but thinner than before.

His supporters are convinced he's done nothing wrong and have held a vigil outside the federal police jail where he has been held since he was detained.

He was brought to and from the court in a convoy of black vehicles and without being seen.

"We knew they wouldn't give Lula the pleasure of seeing us but we still encourage him so that he can feel our presence," said Susi Montserrate, who was amongst a group of supporters stationed close to the prison.

Earlier in the day, 54-year-old history teacher Eduardo Coelho, who was dressed in a red top emblazoned with Lula's image, said: "Today is an important day, it's the first time that he has left his political imprisonment."

"We hope to see him but the important thing is that he sees he's not alone."

Roberto Baggio, coordinator for the Landless Farmworkers Movement (MST) in Parana state, told AFP on Tuesday that Lula would be able to "see how much gratitude the people are showing him."

Lula is credited during his two terms as president with lifting millions of Brazilians out of poverty and the landless movement is a close ally to his Workers Party (PT).

Hardt replaced Sergio Moro, the judge who jailed Lula and who has since been named justice minister by far-right president-elect Jair Bolsonaro.

Bolsonaro swept to victory in last month's election, helped in no small part by Lula being barred from running due to his incarceration.

During a campaign meeting in October, Bolsonaro had said Lula "will rot in jail."

Lula's lawyers have accused Moro of bias and demanded the leftist leader's release.

"Lula is the victim of a judicial witch-hunt unleashed by an agent wearing a judge's gown... who sought to cancel his freedom and rights," said the lawyers.

Before being questioned, Lula met with his lawyers and the man who replaced him as the PT candidate during last month's election, Fernando Haddad.

In addition to the current court case, Lula faces four others for passive corruption, influence peddling, money laundering and forming a criminal organization. He insists he is innocent of all accusations and has denounced the charges as political persecution.