Someone must account': Ivorian president on Gbagbo's ICC acquittal 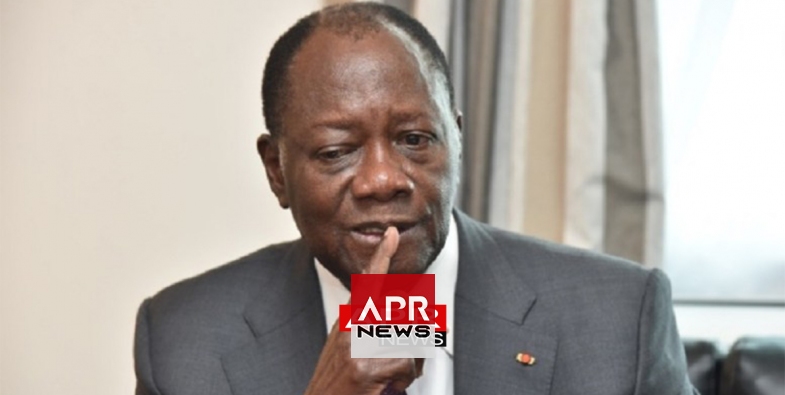 Someone must account': Ivorian president on Gbagbo's ICC acquittal

APRNEWS - Ivory Coast’s president Alassane Ouattara says justice must be served to the victims of the 2010 post-election violence, following the acquittal of ex-president Laurent Gbagbo by the International Criminal Court.

Outtara told Radio France International, on the sidelines of the African Union Summit in Addis Ababa, that his comments on the acquittal have to be reserved, since ‘it’s an ongoing trial’.

But he added: “Someone must be responsible for the 3,000 deaths. I hope that justice will shine a light on that, it is what the victims are asking for.”

Someone must be responsible for the 3,000 deaths.

ICC judges acquitted Gbagbo and his aide Charles Ble Goude on charges stemming from a wave of violence after disputed elections in the west African nation in 2010.

More than 3,000 people died on both sides of the Ivory Coast conflict after Gbagbo refused to concede defeat to Ouattara, his internationally backed rival.

Gbagbo, the first former head of state to stand trial at the ICC, is currently living in Belgium under conditions pending a possible prosecution appeal following the acquittal on January 15.

He had been held in the Netherlands since 2011.

The ICC’s unwillingness to let Gbagbo return to Ivory Coast is thought to have been linked to the country’s refusal to surrender Gbagbo’s first wife, Simone, despite an outstanding ICC warrant for her arrest for her role in the post-election violence.

She was convicted and jailed by the courts there in 2015, but Ouattara granted her an amnesty last year along with 800 others.

Investigations must continue
Ouattara denied that any pressure had been brought to bear on the ICC to prolong the detention or trial of Gbago.

“Interfering with international or national justice, this is not how I manage my country… let justice take its course,” he said, refusing to discuss any possible return of Gbagbo. “Let’s wait and see.”

“We are continuing our investigations in order to establish who is responsible (for the deaths),” Ouattara said in the interview to be broadcast Monday.

Gbagbo’s release has come at a particularly tense time in Ivory Coast.

Ouattara pledges not to block Soro’s presidential ambitions
Ouattara also returned to the subject of the resignation of the speaker of the National Assembly, Guillaume Soro, who headed rebel forces during the Ivorian war, and then joined the government under Gbagbo.

Soro is a member of Ouattara’s Rally of Republicans (RDR) and is rumoured to have fallen out with Ouattara and possibly to have his own presidential ambitions.

Ouattara said he believed there were ideological differences between the two but “no problem” between them.

“I’m not a man to force anyone (to resign)… Soro believed that we did not share the same ideology. We are a social liberal party and he considers himself a Marxist. I understand that this is not compatible with his beliefs,” he said.

“He is a young man that I consider as one on my sons. I do not rule out that he will return.”

Nor did Ouattara rule out Soro standing for the presidency in 2020.

“It’s his choice, he can do as he wishes. The constitution authorises him to do so and it is not a question of me standing in the way of his candidature….”

‘I can run if I want’
With presidential elections due next year, Ouattara has not said whether he will seek another term, and the coalition he formed with Henri Konan Bedie, his former ally against Gbagbo, has collapsed.

“All the legal opinions that I have consulted have confirmed it. I will announce my decision in 2020. I can take a decision up until July 28, 2020,” he said.

Unusual: The woman with two vaginas.
An Australian woman is all the rage on OnlyFans because of a unique...
2397 vues
2