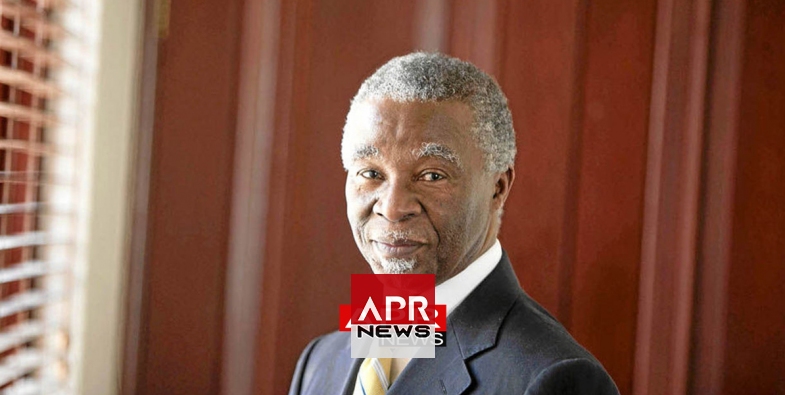 APRNEWS - In South Africa, criticism of the ruling Africa National Congress’ (ANC) plans to amend the constitution to expropriate land without compensation by ex-president Thabo Mbeki has been met with mixed reactions.

A 30-page document on land expropriation by the Thabo Mbeki Foundation, the gist of which accused the ANC of abandoning its multiracial principles and becoming a “black party” due to its new land redistribution policy.

Current President Cyril Ramaphosa has said South Africa’s constitution will be changed to explicitly allow for the expropriation of land without compensation so as to redistribute land to black people to tackle severe inequality 24 years after the end of apartheid.

The argument that has been advanced by the ANC leadership... about the land question communicates the firm statement that the ANC has changed in terms of its character.

Has the ANC become a black party?
Mbeki said the African National Congress, which led the fight against white-minority rule in South Africa, had “stood for the freedom of all humanity, black and white.”

“The argument that has been advanced by the ANC leadership… about the land question communicates the firm statement that the ANC has changed in terms of its character,” he wrote in a pamphlet leaked to the press.

“It is no longer a representative of the people of South Africa. Rather, as its former president, Jacob Zuma, said, it is a black party!”

Mbeki said that Zuma had refered to the ANC as a “black” party last year.

The pamphlet was meant for internal discussion only, the Thabo Mbeki Foundation told AFP.

Land reform in South Africa
Land reform has become the country’s fiercest political battleground ahead of elections next year, when Ramaphosa will try to revive fading support for the ANC, which has ruled since the end of apartheid in 1994.

The government’s land policy has spooked foreign investors but Ramaphosa has vowed reforms will be within the law and not threaten stability.

According to Ramaphosa, whites, who make up eight percent of the population, possess 72 percent of private farms.