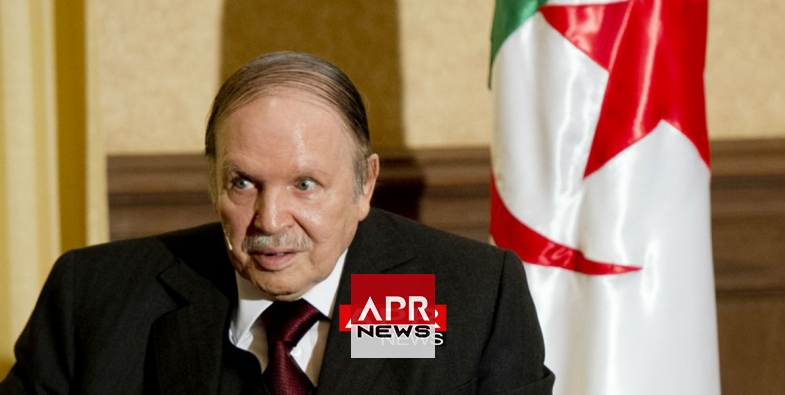 APRNEWS - Pressure mounted on Algeria’s President Abdelaziz Bouteflika Wednesday as the coalition ally of his ruling party called for him to resign, a day after the army asked for the ailing leader to be declared unfit for office.

In a statement signed by its leader, recently sacked prime minister Ahmed Ouyahia, the National Rally for Democracy (RND) said it "recommends the resignation of the president... with the aim of smoothing the period of transition".

On Tuesday, General Ahmed Gaed Salah, the army's chief of staff, said the solution to the country's political crisis was to apply Article 102 of the constitution, under which the president could be declared unable to perform his duties due to serious illness.

One of Algeria's top power brokers, the army chief said in remarks carried on local television that triggering the constitutional process was "the only guarantee for political stability".

There have been weeks of mass protests demanding Bouteflika step down since he announced he was standing for a fifth term of office with the support of both his National Liberation Front and the RND.

Bouteflika, who has rarely been seen in public since suffering a stroke in 2013, bowed to protesters earlier this month by reversing plans to stand in elections for a fifth term and promising reforms to make the political system more inclusive.

But the 82-year-old stopped short of quitting and said he would stay on until a new constitution is adopted, effectively extending his present term. The move further enraged Algerians, and many of Bouteflika’s allies turned against him.