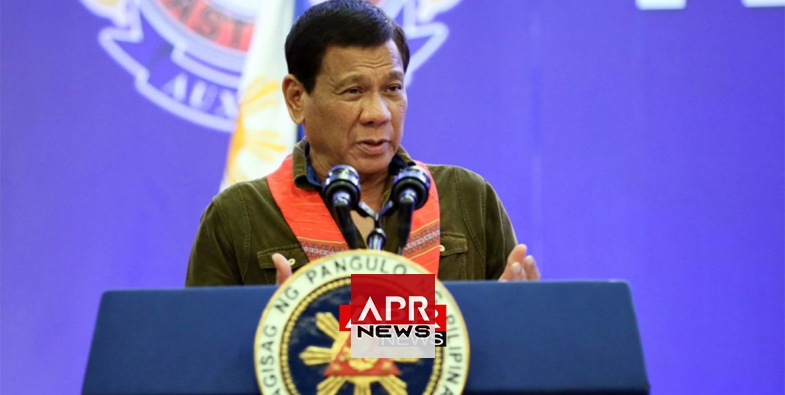 APRNEWS - The Philippines officially quit the International Criminal Court on Sunday, though the beleaguered UN-backed tribunal has pledged to pursue its examination of alleged extrajudicial killings in the government's controversial drug war.

Under court rules, Manila's withdrawal took force a year after it told the United Nations that it was quitting the world's only permanent war crimes tribunal, becoming the second nation to do so.

"The Secretary-General […] informed all concerned states that the withdrawal will take effect for the Philippines on 17 March," UN spokesperson Eri Kaneko told AFP on Friday.

The departure of the Philippines follows the court being hit in recent years by high-profile acquittals and threats by several nations to drop out.

Manila moved to quit after the body launched a preliminary examination in 2018 into President Rodrigo Duterte's drug crackdown that has killed thousands and drawn international censure.

The withdrawal became effective after the country’s highest court declined to overrule Duterte, dismissing an appeal by civil rights groups.

On Sunday, the president's spokesman said the nation never legally joined the treaty that underpins the court, a reference to an argument that the Philippines did not complete all the steps to formalise its adoption.

"Our position on the matter remains clear, unequivocal and inflexible: The Philippines never became a state party to the Rome Statute which created the ICC," spokesman Salvador Panelo said in a statement.

"As far as we are concerned, this tribunal is non-existent and its actions a futile exercise," he added.

Duterte's drug war is his signature policy initiative and he defends it fiercely, especially from international critics like Western leaders and institutions, which he says do not care about his country.

However, court officials have said the preliminary probe launched by ICC prosecutor Fatou Bensouda in February 2018 into possible crimes against humanity in the drug war would continue.

Under the court's rules, any matter under consideration before a nation leaves the court is still under its jurisdiction.

Duterte has made it clear his government will not cooperate with the ICC in any way.

The court "can never acquire jurisdiction over my person, not in a million years," he said in a speech on Wednesday.

Rights group Amnesty International said on Sunday the withdrawal should prompt the UN Human Rights Council to probe the killings.

"Filipinos bravely challenging the 'war on drugs' or seeking justice for their loved ones need international support to help them end this climate of fear, violence and impunity," said Amnesty International regional director Nicholas Bequelin.

The ICC examination, which is one step before a full-blown probe, zeroes in on allegations the government has been involved in illegal killings as part of the crackdown Duterte launched in mid-2016.

Police say they have killed 5,176 users or pushers who resisted arrest, but rights groups say the actual number of dead is at least triple that number.

Critics have alleged the crackdown amounts to a war on the poor that feeds an undercurrent of impunity and lawlessness in the nation of 106 million.

The Philippines' move to exit follows a string of setbacks for the ICC, including the January acquittal of former Ivory Coast leader Laurent Gbagbo and the June 2018 not-guilty verdict for former DR Congo vice-president Jean-Pierre Bemba.

Burundi in 2017 became the first ever nation to leave the court, which was founded in 2002.

In a wave of unprecedented defections, other African nations – Zambia, South Africa, Kenya and The Gambia – have also made moves to quit or expressed interest in withdrawing as they accused the court of being biased against Africans.

However, the court this month got a rare boost when Malaysia officially joined, making it one of just a handful of Asian members.

Unusual: The woman with two vaginas.
An Australian woman is all the rage on OnlyFans because of a unique...
3624 vues
2

India : Exhausted Migrants Fell Asleep On Tracks. 17Run Over By...
Seventeen migrant workers in a group of 20 were killed after a cargo train...
1845 vues
3

United Kingdom : No more new petrol and hybrid cars from 2035
Prime Minister Boris Johnson is seeking to use the announcement to elevate...
1618 vues
4

Tears and singing as abducted Nigerian students return to parents
Nearly two months after their abduction by armed gunmen, more than two...
1553 vues