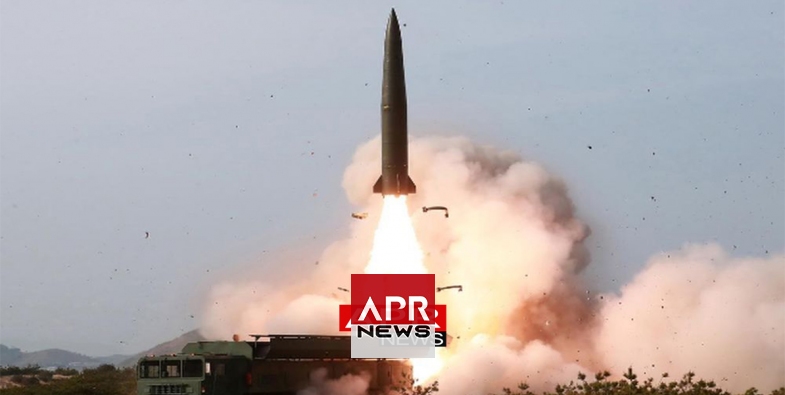 APRNEWS - With two missile launches in the space of a week, North Korea is treading a fine line between increasing pressure on the US and not derailing their nuclear negotiations -- all the while giving itself room to escalate, analysts say.

Kim declared an end to the testing of nuclear weapons and long-range missiles amid a rapid rapprochement last year, paving the way for his first summit with US President Donald Trump in Singapore in June.

But a second summit between the two mercurial leaders in Hanoi in February broke up without a deal after they failed to agree on what Pyongyang would be willing to give up in exchange for sanctions relief.

Since then Kim has accused Washington of acting in "bad faith", and given it until the end of the year to change its approach.

Despite recent threats by the North to seek a new path, analysts say the nature and presentation of the two recent launches demonstrate that it does not intend to walk away from talks any time soon.

"It has not once used the word 'missile'," said Go Myong-hyun, an analyst at the Asan Institute of Policy Studies.

Reports carried by the North's state media have instead described them as "tactical guided weapons" and "flying objects".

Washington and Japan have both described Thursday's launch as "short-range ballistic missiles", although acting White House chief of staff Mick Mulvaney told CBS it was "a very non-provocative provocation".

The North "will keep increasing pressure and every next step will be more and more serious", said Professor Andrei Lankov of Kookmin University.

"They are just sending signals saying that Americans should not count on North Koreans remaining idle and helpless and waiting for what will be decided in Washington," he told AFP.

Thursday's launch came just hours after the US Special Representative on North Korea, Stephen Biegun, arrived in Seoul for talks with South Korean officials on their approach towards Pyongyang.

The missile tests were "well-timed", said Go, and were intended to pressure the security allies ahead of their meeting.

"North Korea is trying to make its case on ending the joint military drills between Seoul and Washington in future negotiations," added Cheong Seong-chang, an analyst at the Sejong Institute.

"If that's the North Korean calculation, it is highly likely that there will be more short-range missile tests," he added.

Analysts warned that by starting with a low-key launch, Pyongyang had left room to raise the temperature if things do not go its way.

If it ends up doing so, leading to complete suspension of dialogue between the US and North next year, "we could look back and see these missile launches as a new chapter of North Korea's provocation cycle", Go said.

Since Hanoi, North Korea has repeatedly warned that it could take a different approach if Washington did not change its stance on sanctions.

"They did not specify but it's widely understood as a hint that they will resume nuclear tests and ICBM launches," Lankov said.

And even if the North refrains from more serious violations, a prolonged campaign of testing short-range missiles would "erode trust" and complicate negotiations between Pyongyang and Washington, the Eurasia Group said in a report.

"Trump wants to keep relations with Kim," it said, "but he would also not want to appear weak or foolish in the face of repeated provocations."