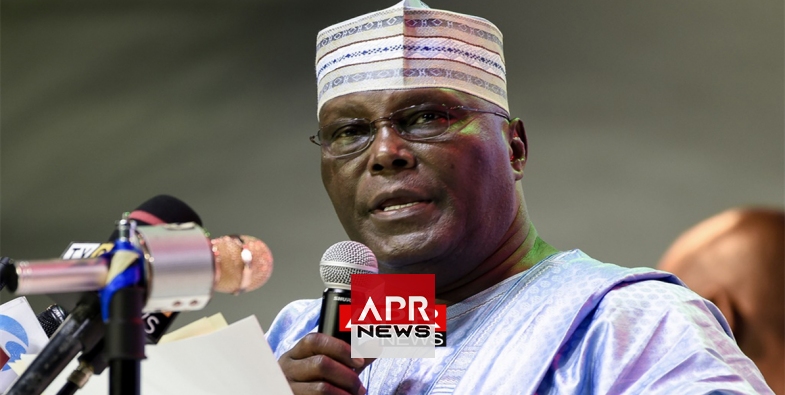 Seated for a nine-minute address streamed live on Facebook and Twitter, Abubakar laid out his plan to "get Nigeria working again".

"The sad fact today, as you know, is that too many of our people are not working and are living in poverty and insecurity," Abubakar said.

"The very fabric of our society is breaking down. We have never been so divided as a nation," he said.

"The most important question in this election is: are you better off than you were four years ago, are you richer or poorer? That is why our primary focus is to get Nigeria working again."

As a former vice president dogged by allegations of corruption, Abubakar drew criticism and scepticism when he announced his intention to run in the February 2019 presidential polls.

But his campaign for the Peoples Democratic Party (PDP) is gaining momentum, with the 71-year-old political veteran casting himself as an antidote to lacklustre growth in Nigeria.

Abubakar laid out his plan to ramp up growth in his policy document, targeting a gross domestic product of $900 billion (788 billion euros) by 2025 -- more than double the current amount -- and vowing to lift "at least 50 million people out of extreme poverty".

Under his plan to help businesses he would introduce tax incentives, improve availability of foreign exchange and accelerate the privatisation of the power sector.

He would partially privatise the state-run oil company and "reconsider" the introduction of bidding rounds for marginal fields and oil blocks, and he plans to double refining capacity to 2 million barrels of crude daily by issuing new licenses for greenfield investments in crude refineries.

In response to Buhari, who in a misstep earlier this year said youth in Nigeria "do nothing", Abubakar pledged to revive an apprenticeship programme which will recruit 100,000 artisans to train one million people.

The opposition candidate promises to introduce liberalising reforms in contrast to Buhari, a 75-year-old former general who has focussed instead on rooting out corruption.

Buhari's anti-graft campaign has yet to secure any high-profile convictions while his opponents accuse him of mounting a political witch-hunt.

Although Nigeria is Africa's top oil producer, poverty is rampant and unemployment is high in the former British colony.

The government, approaching its 10th year fighting Boko Haram jihadists in the northeast, is also struggling to contain outbreaks of violence between herders and farmers across the country.