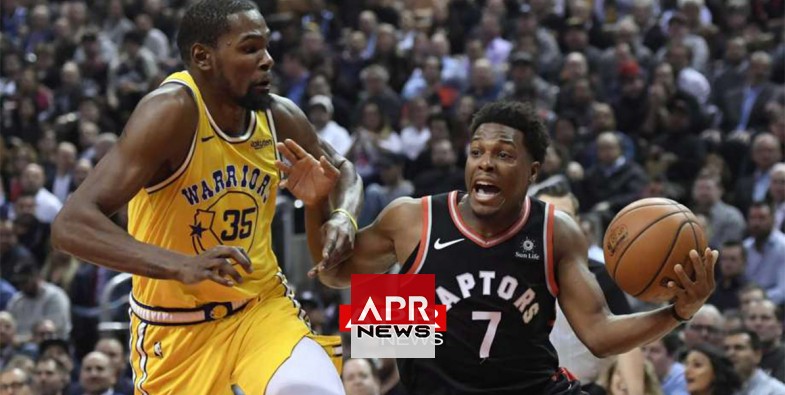 APRNEWS - Danny Green made a tiebreaking 3-pointer with 2:07 to play in overtime, and the Toronto Raptors went on to defeat the visiting Golden State Warriors 131-128 Thursday night.

Pascal Siakam added 26 points for Toronto and made five late free throws in overtime. Serge Ibaka chipped in with 20 points, Green had 13, Jonas Valanciunas 12, and Kyle Lowry had 10 points and 12 assists.

The Lakers opened with a 13-0 lead and had a 38-15 advantage after one quarter before the Pacers started to rally. Indiana held a brief lead in the third quarter, erasing a 24-point deficit, but the Lakers turned it on again to finish off the win.

Domantas Sabonis scored 20 points and grabbed 15 rebounds off the bench for the Pacers, while Bojan Bogdanovic added 14 points.Brandon Ingram scored 14 points and Josh Hart had 13 for the Lakers. James contributed nine rebounds and seven assists.

Tobias Harris stopped a Sacramento rally with a 3-pointer with 6:13 remaining and capped a 28-point effort with two subsequent hoops as visiting Los Angeles held on for a victory.

Montrezl Harrell contributed 24 points as the Clippers won their fourth in a row overall and their 12th straight at Sacramento dating to March 2013.

Bogdan Bogdanovic had 26 points and Marvin Bagley III 18 points for the Kings, who lost their third in a row.