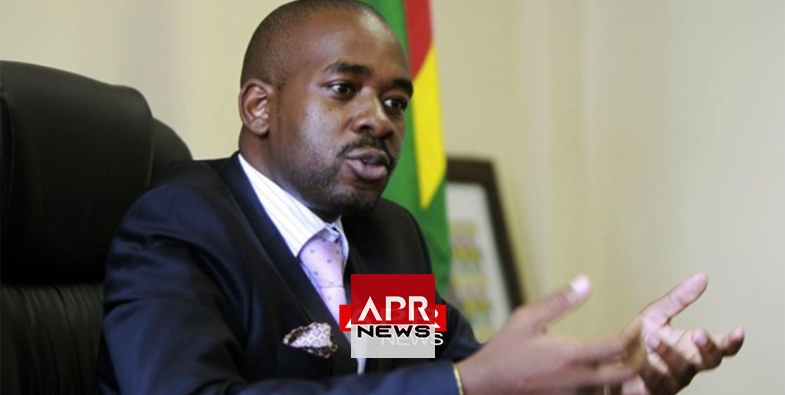 APRNEWS - Zimbabwe’s main opposition leader told an official inquiry on Monday he had not incited supporters to take to the streets in post-election violence that killed six people in August.

Nelson Chamisa lost the July 30 poll to President Emmerson Mnangagwa, in the first election after Robert Mugabe was forced to resign following a coup in November 2017. In the aftermath of the vote, civilians died in an army crackdown on protests.

Chamisa lost a legal challenge to the election results but still maintains the vote was rigged and that Mnangagwa lacks legitimacy.

For the record, my hands are clean. My conscience is very clear and my resolve is unbreakable. These hands that you see have not spilled blood.

“For the record, my hands are clean. My conscience is very clear and my resolve is unbreakable. These hands that you see have not spilled blood,” the 40-year-old politician said.

Chamisa said his party had not called for the protests and the demonstrations could have been hijacked by the ruling party to smear his party.

The commission of inquiry, led by former South African president Kgalema Motlante, has heard evidence from security chiefs who denied soldiers had killed civilians and blamed Chamisa and other opposition leaders for inciting violence.

Video from the Aug. 1 protests showed soldiers, some with their faces obscured by camouflage masks, opening fire with automatic weapons.

Chamisa said his party would hold peaceful protests on Thursday against a deteriorating economy, which he said was a result of lack of confidence in Mnangagwa’s government.