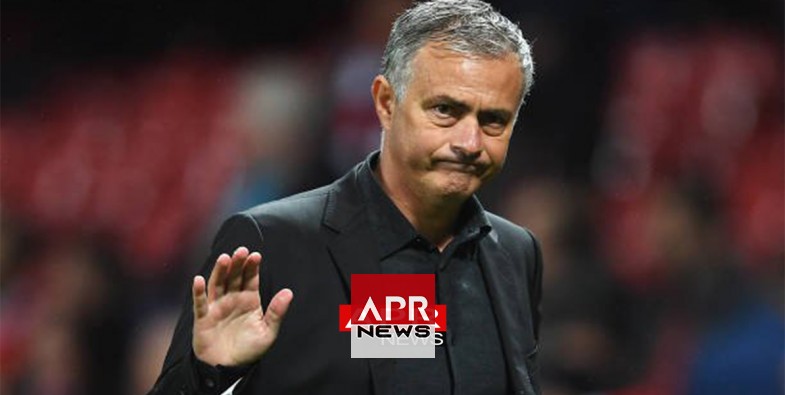 APRNEWS - Jose Mourinho's constant carping and foul mood during Manchester United's increasingly tortuous tour of the United States is raising questions about team morale and title hopes just over a week away from the start of the new Premier League season.

Unlike rivals Liverpool and champions Manchester City, two Premier League contenders whose pre-season has included solid preparations and astute transfers, Manchester United watchers see nothing to celebrate as the 55-year-old Portuguese manager prepares for his third term at Old Trafford.

The days when Mourinho used to poke fun at journalists with a twinkle in his eye during press conferences appear long gone, replaced by a litany of complaints as seen following the side's 4-1 humbling by Liverpool on Saturday in their latest outing on the US tour.

Bookmakers are now taking bets on Mourinho becoming the first Premier League manager to be sacked or leave his post this season.

Reports reaching home from the US tour depict players too nervous to talk openly about what they think, with the Daily Telegraph and The Sun claiming those in the squad feel they are "treading on eggshells".

The Sun cites one case of an unnamed player in a panic asking the TV channel he gave an interview to erase an answer he gave them.

"It's understood the piece of content in question wasn't even contentious and could be considered 'on message' from a club point of view -- but it is a measure of the tension being felt on a troubled tour," remarked the Manchester Evening News.

Mourinho has a history of targeting specific players on occasion and Ivorian central defender Eric Bailly has been in his firing line in the United States.

"I don't think he is a great leader," Mourinho said of Bailly while adding that newly-appointed captain Antonio Valencia's physical preparation was below expectations.

"His condition was not good when he was back," he said after the player returned to the squad from holiday.

He was more critical of French striker Anthony Martial, who he said should have returned to the US tour after going home to be with his girlfriend when she gave birth to a baby boy in Paris.

Mourinho's position was in stark contrast to England manager Gareth Southgate's much-praised decision to allow Fabian Delph to leave the World Cup finals to be with his wife at the birth of their child.

Mourinho -- who having guided United to Europa League and League Cup success in his first season -- delivered nothing last term.

Critics suggest he is caught in a repetitive pattern seen at previous clubs where his reign turned sour in the third season.

It happened twice at Chelsea where he was sacked in the middle of his third campaign in his second spell there, and it also happened at Real Madrid.

However, Mourinho's biggest cause for complaint -- that he has not been given the money for the signings he wanted -- has won some sympathy, even from the Manchester United board despite reportedly strained relations with Ed Woodward, the executive vice-chairman.

Thus far he has bought three players including Brazilian international Fred, but Mourinho is keen to have two new faces in the squad come the opening match with Leicester on Friday week.

Ironically one of those targets is Leicester's England centre-back Harry Maguire, though the 2016 champions' wealthy Thai owners feel they do not have to sell, particularly having accrued a club record £60 million ($79 million) for the sale of Riyad Mahrez to Manchester City.

Relations between Woodward and Mourinho may not be great but there is no suggestion the former wants the latter out, having last January secured his signature on a new contract to June 2020 with the option of a further year.

However, with Mourinho still preferring to live in the luxurious Lowry Hotel -- where a suite costs over £800 a night -- than buy a more permanent home, and now that his trusted number two Rui Faria, seen as a reliable sounding board as to his mood swings, is no longer at United, many are suggesting the third season curse could prevail again.