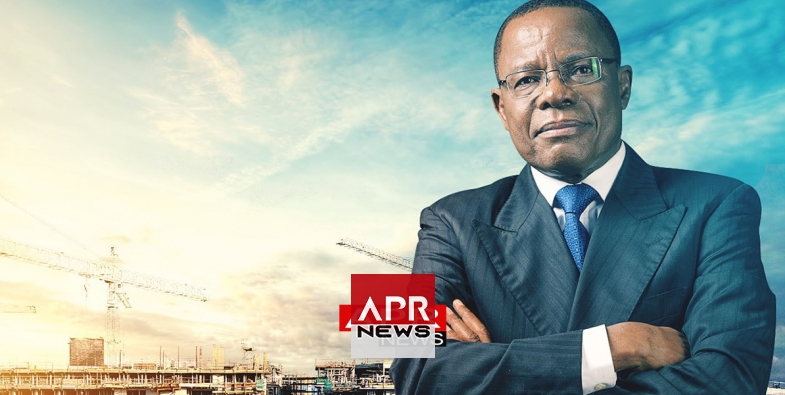 APRNEWS - Maurice Kamto leader of Cameroon opposition party Movement for the Renaissance of Cameroon, MRC, is the talk of town as vote counting continues in the central African country.

The 64-year-old lawyer declared himself winner of the October 7 presidential election at a time the elections body, ELECAM, had yet to announce any figures.

Without giving any figures, Kamto, a former Biya minister said he had won a decisive mandate and tasked the incumbent to organize an orderly transfer of executive power.

We are proud of you Cameroonians. We are deeply attached to peace and we have never ceased proclaiming it since the creation of the MRC in 2012 and throughout the electoral champaign .

His victory speech in the capital Yaounde read in part: “I had as mission to kick the historic penalty. I fired it and the goal has been scored. I consider national and international opinion as testimony to this historic event which has made it possible for the country to witness a democratic change

“We are proud of you Cameroonians. We are deeply attached to peace and we have never ceased proclaiming it since the creation of the MRC in 2012 and throughout the electoral champaign

“I have received a clear mandate from the Cameroonian people which i intend to firmly defend to the end.

“I call on the outgoing president of the Republic to create a favourable condition for transition of power so as to ensure that Cameroon is save from a post election crisis which the country is currently not in need of because it will compromise its future.”

He was a key member of a legal team that led the country to successfully prosecute the dispute Bakassi peninsula talks with neighbouring Nigeria in 2004.

He resigned from government in 2011 and formed the MRC the following year. His party formed an alliance with another first-time contender, lawyer Akere Muna, with barely hours to the opening of polls.

Kamto’s unofficial pronouncement of results is against existing laws that caution against such a move. Government through interior minister had expressly warned against aspirants declaring unverified results.