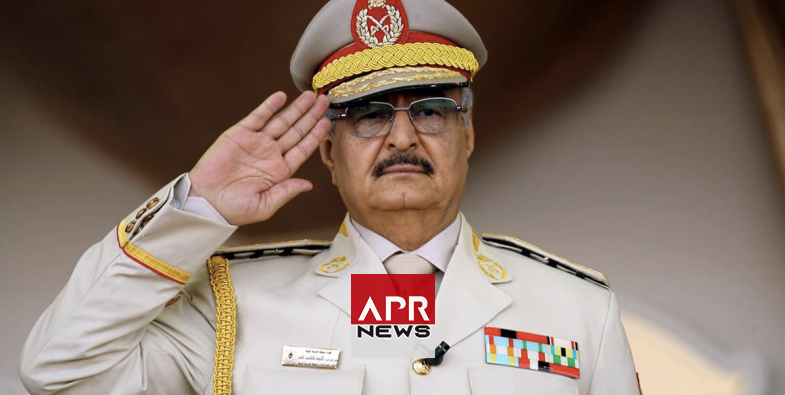 APRNEWS - Libyan strongman Khalifa Haftar, who launched an offensive against Tripoli last month, urged his troops to inflict “an even harder” lesson on forces loyal to the country’s internationally recognised government.

“Officers and soldiers of our armed forces and affiliates, I greet you during these glorious days and call on you to inflict on the enemy, with your force and determination, an even harder and bigger lesson than before”, he wrote in a message to his troops.

“We know you can do it… (and) uproot it (the opposing forces) from our beloved country”, Haftar’s message added, read out by the self-styled Libyan National Army’s spokesman General Ahmad al-Mesmari late on Sunday.

Haftar’s LNA began its offensive against the Tripoli-based Government of National Accord (GNA) on April 4.

Forces loyal to the GNA have since launched a counter-offensive, leading to a stalemate on the ground on the southern outskirts of the capital.

Haftar’s message also urged his men that “in the event of retreat by the enemy, troops should pursue it with speed and force, prevent it from fleeing and wipe it out”.

“Air forces should follow up” the action of troops on the ground, he added.

“Respect the lives of citizens and their goods. Carry out the orders of this letter and those of your superiors”, the message went on.

Libya has been mired in chaos since the ouster and killing of Moamer Kadhafi in 2011, with Haftar supporting a rival administration in the east of the country.

The strongman’s message came just a few hours after the UN mission in Libya (UNSMIL) called for “an extendable one-week humanitarian truce starting at four in the morning” on Monday, to mark the beginning of Ramadan.

Since April 4, the fighting between the LNA and forces loyal to the GNA has killed at least 392 people, wounded 1,936 and displaced more than 55,000, according to the UN.

Unusual: The woman with two vaginas.
An Australian woman is all the rage on OnlyFans because of a unique...
3621 vues
2

India : Exhausted Migrants Fell Asleep On Tracks. 17Run Over By...
Seventeen migrant workers in a group of 20 were killed after a cargo train...
1845 vues
3

United Kingdom : No more new petrol and hybrid cars from 2035
Prime Minister Boris Johnson is seeking to use the announcement to elevate...
1617 vues
4

Tears and singing as abducted Nigerian students return to parents
Nearly two months after their abduction by armed gunmen, more than two...
1552 vues