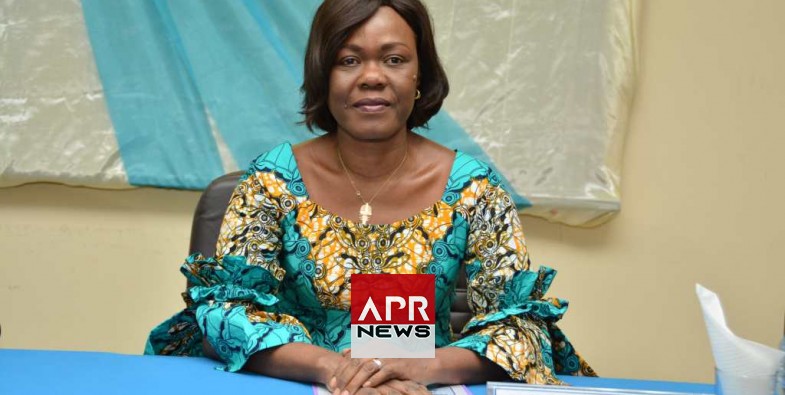 Kaba Nialé is both discreet and efficient, with a perfect knowledge of numbers to her advantage, which she handles with ease. She and Alassane Ouattara first worked together in 1991.

Alassane Ouattara was then Prime Minister. It was at this time that he recruited the young Kaba Nialé to his cabinet. A collaboration that continues to this day. When he conquered state power, the Ivorian Head of State made her his Minister for the Promotion of Housing. He will then make a strong gesture by making Kaba Nialé the first woman Minister of Economy and Finance (2012-2016).

This is the proof by a thousand of an unfailing confidence. Four years during which she will have the mission to put the Ivorian economy back on the seal, regain confidence and obtain the return of investors on Ivorian soil, not forgetting the consolidation of public finances. The country’s finance department is putting in place a very powerful lobbying, is campaigning for a more attractive investment code with a relaxation of fiscal policy, and is proceeding with the computerisation of all financial flows. The machine is on the move. ADO knows what is going on and is closely following what is happening.

The results are convincing. Côte d’Ivoire’s growth rate is rising and is cited as an example. From 2012 to 2016, as Minister of Economy and Finance, Kaba Nialé is undertaking numerous economic and financial reforms that contribute to strengthening the confidence of private investors and development partners. It was under his governance that Côte d’Ivoire decided to be evaluated for the first time by financial rating agencies, the most reputable in the world, such as Moody’s and Pitch.

It is also under his leadership that Côte d’Ivoire launched its first Eurobond, an undeniable leverage effect for development financing. This historical fact is the work of Minister Kaba Nialé. The country is mobilising resources on the largest international financial markets. This operation is perfectly executed and will place Côte d’Ivoire in the elite of the most dynamic economies in Africa. The Ivorian economy is booming. The average annual growth rate is 9% from 2012 to 2016. It believes hard as iron in the emergence and is ready to go to the front.

Alassane Ouattara decides to assign Kaba Nialé another equally important mission. In January 2016, Kaba Nialé becomes part of the Ministry of Planning and Development. Very focused on the subjects of resource mobilisation strategy for the financing of Ivorian state projects, monitoring-evaluation of investments made or being made, and the development of development strategies, the minister submits and obtains the organisation of the Consultative Group for the financing of the National Development Plan covering the period from 2016 to 2020 (PND 2016-2020) in Paris, on 17 and 18 May 2016.

A “first class economist”, according to Alassane Ouattara, Kaba Nialé is also the one who will carry the International Conference on the Emergence of Africa (ICAE) held in Abidjan, from 28 to 30 March 2017. A real platform for exchange to stimulate debate on the conditions of emergence of African countries, the ICAE brings together decision makers from Africa and development partners on the continent to discuss the implementation of emergence plans.

As Minister of Planning and Development, she sits on the Board of Governors of the ECOWAS Bank for Investment and Development (EBID), the African Development Bank (AfDB) and the Islamic Development Bank (IDB). From June 2019 to August 2020, she will chair the Board of Governors of the AfDB. Her tenure at the head of this flagship body of the African financial institution par excellence will forever be remembered in the annals of the AfDB, which carried out a record General Capital Increase (GCI). During its 7th General Capital Increase, the African Development Bank succeeded in increasing its capital from USD 100 billion to USD 225 billion, a capital increase of 125%. An excellent conciliator, convener and leader of men, Kaba Nialé took an active part in the resolution of the serious crisis that shook the AfDB and its President Akinwumi Adesina, and which was due to the complaint of whistleblowers against the latter. His lobbying led to Mr. Adesina’s triumphant re-election.

A pure-blooded technocrat, after a Master’s degree in economics obtained in 1985 at the University of Cocody, public economics option, and a diploma in statistical engineering and economics from the European Training Centre for Statisticians of Developing Countries (ECDS), Paris, macroeconomics option, in June 1989, the HRDP activist expanded her academic career with a Diplôme d’études approfondies (DEA) in international economics and development economics from the University Paris-1 Panthéon-Sorbonne, in September 1989.

She’s got a lot of tricks up her sleeve. A recognised expert on fiscal and budgetary issues, with a degree in economic policy management from the International Monetary Fund Institute in November 1993, Kaba Nialé, formerly a lecturer in macroeconomics and statistical analysis (1990-1992) at the Ecole Nationale Supérieure de la Statistique et d’Economie Appliquée (ENSEA), has strong ties with President Alassane Ouattara, who does not hesitate to entrust her with delicate missions. This has earned him the honour of taking an active part in the drafting of President Ouattara’s government programme, in 2010 in particular, by heading the Commission on Economy and the Fight against Poverty. Her professional background is a powerful asset for her.

The Minister of Planning and Development is well versed in the mysteries of the economy and finance, but also in management. From 1991 to 1996, Kaba Nialé was a research assistant to the Prime Minister’s economic and financial adviser on fiscal and budgetary issues. In this capacity, his role consisted of monitoring the economic and financial programme, and participating in the preparation and monitoring of the implementation of the Competitiveness Sectoral Adjustment Programme (PASCO) implemented with the assistance of the World Bank.

PASCO has carried out important reforms concerning the liberalisation of the economy, the reduction of the costs of enterprises and the improvement of their working environment. At the Office of the Prime Minister, she rose to become Deputy Chief of Staff to the Prime Minister (1996-2000), then Deputy Director of Cabinet from 2000. In the meantime, from 1998 to 2000, Minister Kaba Nialé was national coordinator of the transport sector adjustment and investment programme (CI-PAST) established with the support of the World Bank, AFD and KFW. During this period, she will pilot the technical, administrative and financial management of a project unit in relation with several ministries. It will also prepare and conduct negotiations on the project.

But already from 1992, she will also sit on the board of directors of several executives of the public and private sectors such as the national oil company PETROCI, (1992-2000), will participate in the work of the ad hoc committee set up by the Ivorian government to prepare its restructuring from 1997 to 1998. It is also present on the respective boards of directors of BIA0-CI (from 1996 to February 2001), and SOTRA (from March 1999 to October 2000). From 2001 to 2003, this éminence grise was an adviser in economics and good governance at the National Office of Technical Studies and Development (BNETD), and coordinator of all BNETD projects in Guinea. In 2003, she became Director of Cabinet of the Minister of Handicrafts and Management of the Informal Sector. Her mission in this ministry will end in 2005. From February 2006 to May 2007, Kaba Nialé was appointed Acting Director General of Côte d’Ivoire Tourism, and Technical Advisor to the BNETD from June 2007 to May 2011, before being promoted to Minister of Housing Promotion in June 2011.

It is therefore with all this experience of nearly thirty years at the top of the state, that the brilliant Kaba Nialé continues to shine with the Ivorian president who does not hide his pride when he sees her at work. Brilliant and determined, discreet and concrete in her choices and results, concentrated and anchored in the government programme of the Ivorian president, the current Minister of Planning and Development plays fully her role as a sentinel alongside Alassane Ouattara.