India : At least 10 persons died and over 5,000 people fell sick after gas leak from a chemical plant 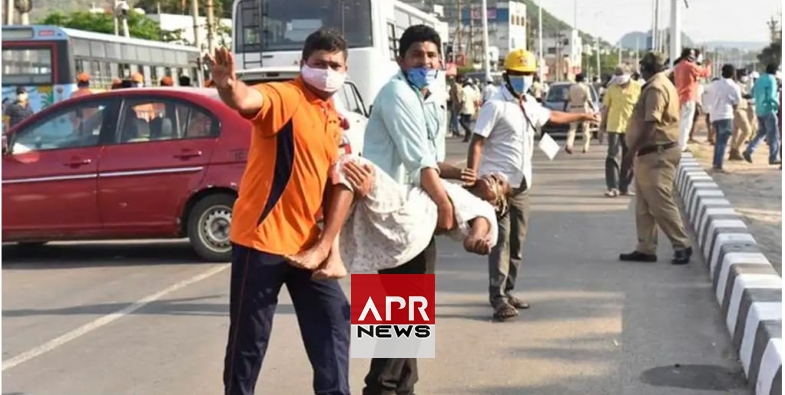 India : At least 10 persons died and over 5,000 people fell sick after gas leak from a chemical plant

As per the reports, at least 10 persons, including two senior citizens and an 8-year-old girl, died and over 5,000 people fell sick after an alleged gas leak from a chemical plant in Vizag on Thursday early morning.

As per reports, the leakage happened around 3am at LG Polymers industry at RR Venkatapuram near Naiduthota area close to Gopalapatnam.

The incident led to panic among locals in the 3km-radius area. Many people were seen lying unconscious on roads while some faced breathing difficulties. People also complained of rashes on their body and soar eyes.
Soon after the matter came to light, local police rushed to the area and launched evacuation of the locals. 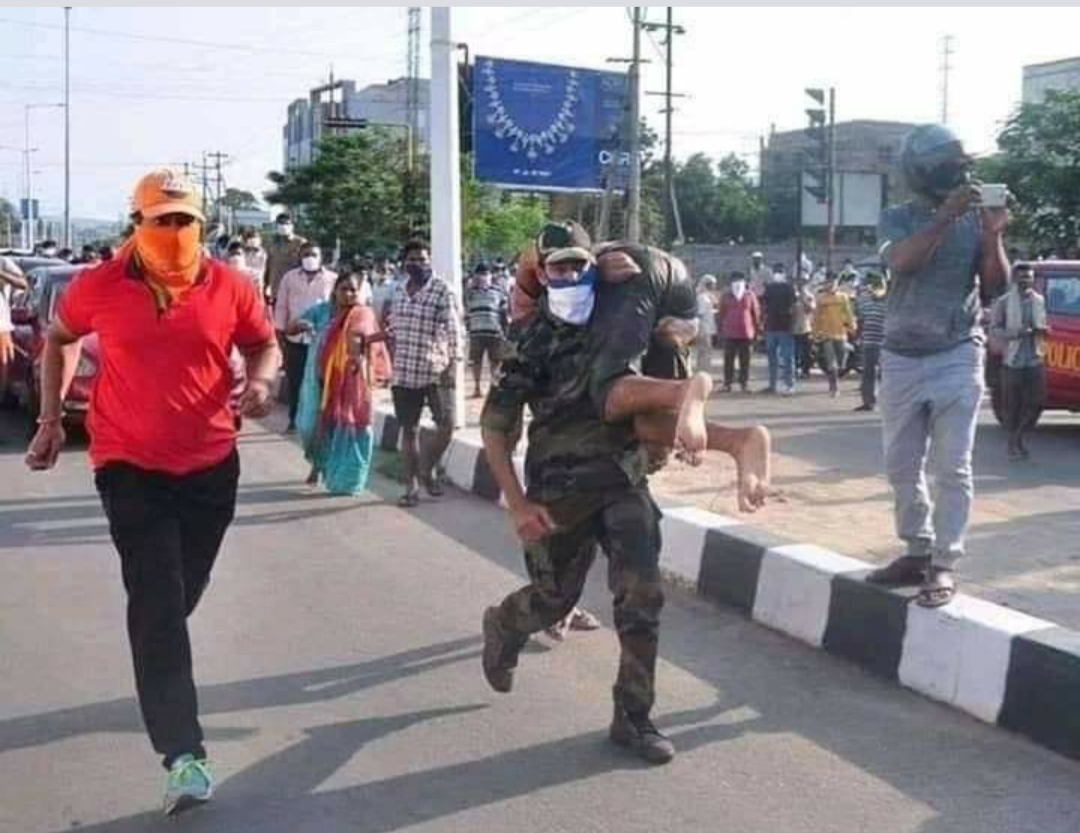 The exact cause of the incident is yet to be identified.

Vizag district collector V Vinay Chand rushed to the spot and he is monitoring the situation. People who were facing breathing problems are being provided oxygen support, said the collector.
Hundreds of people were admitted to private and government hospitals with the help of police and locals. Around 128 people from Venkatapuram and the surrounding areas were shifted to KG Hospital by the district administration. Of the 128 in the KGH, 98 persons have recovered and ten people are facing breathing problems. The death toll may not increase in the KGH, doctors said.
The NDRF and SDRF teams have been deployed in the area and a rescue operation is under way. 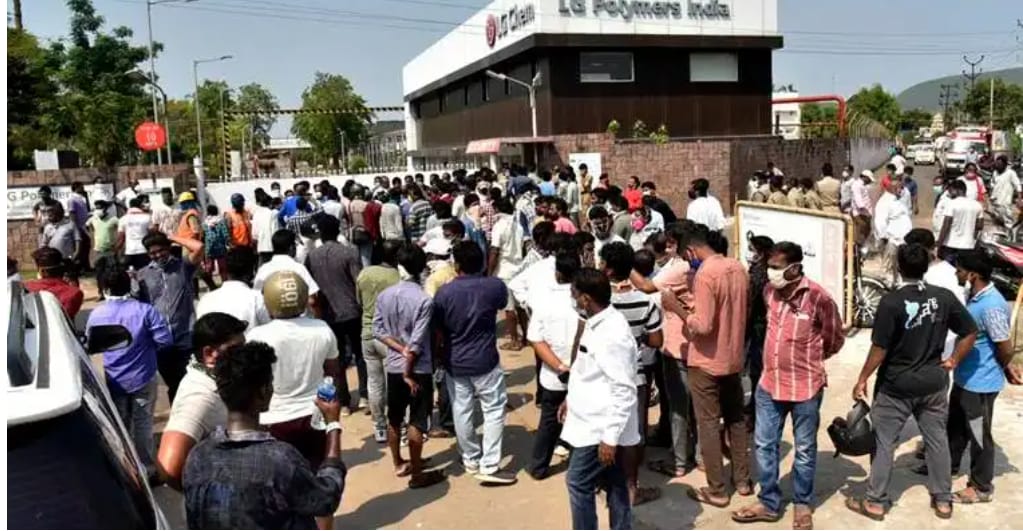 Andhra Pradesh chief minister YS Jaganmohan Reddy visited the KG hospital in the city where most of the affected patients have been admitted.
Meanhwile, Andhra Pradesh DGP Damodar Goutam Sawang said that the gas leak at the chemical plant was an accident. They were strictly following all protocols and an investigation is under way, forensic teams are also being sent to the spot.

The LG Polymers industry was established in 1961 as Hindustan Polymers for manufacturing polystyrene and its co-polymers in Vizag. It was merged with Mc Dowell & Company Limited of UB Group in 1978.
Gopalapatnam circle inspector Ramanayya told that they found 50 people on the roads in unconscious state and reaching the area has become very difficult.

Cops are appealing to the people to come out of their houses and go to safer places.

The Visakha West assembly constituency MLA P Ganababu alerted his cadres for the rescue operations and also urged that people of the city should not come towards Gopalapatnam as the gas leakage was causing breathing and other problems.

Prime Minister Narendra Modi called Andhra Pradesh chief minister YS Jaganmohan Reddy over phone and enquired about the Vizag gas leak incident. The CM explained that the situation was under control and all measures were being taken to help the victims.

Telugu Desam Party (TDP) chief N Chandrababu Naidu demanded a probe into the incident. He urged the Centre to immediately send medical experts to the district as it may not have the required expertise to treat people affected with styrene gas. In a letter to Union Commerce and Industries Minister Piyush Goyal, Naidu also asked the Centre to deploy veterinary experts to treat animals affected by the toxic gas.

Gas leak effect felt in areas within a radius of 3kms

The effect of the gas leakage was felt even around Santhoshnagar and surrounding areas - located more than 3kms away from the place of the incident. Residents here complained of breathlessness, vomiting and a few even fell unconscious. Around 6am police came to these localities and asked the residents to vacate their houses. Many of them went to distant localities like Muralinagar and are stranded there on roads. While, a few went to their friends' or relatives' places in other parts of the city. 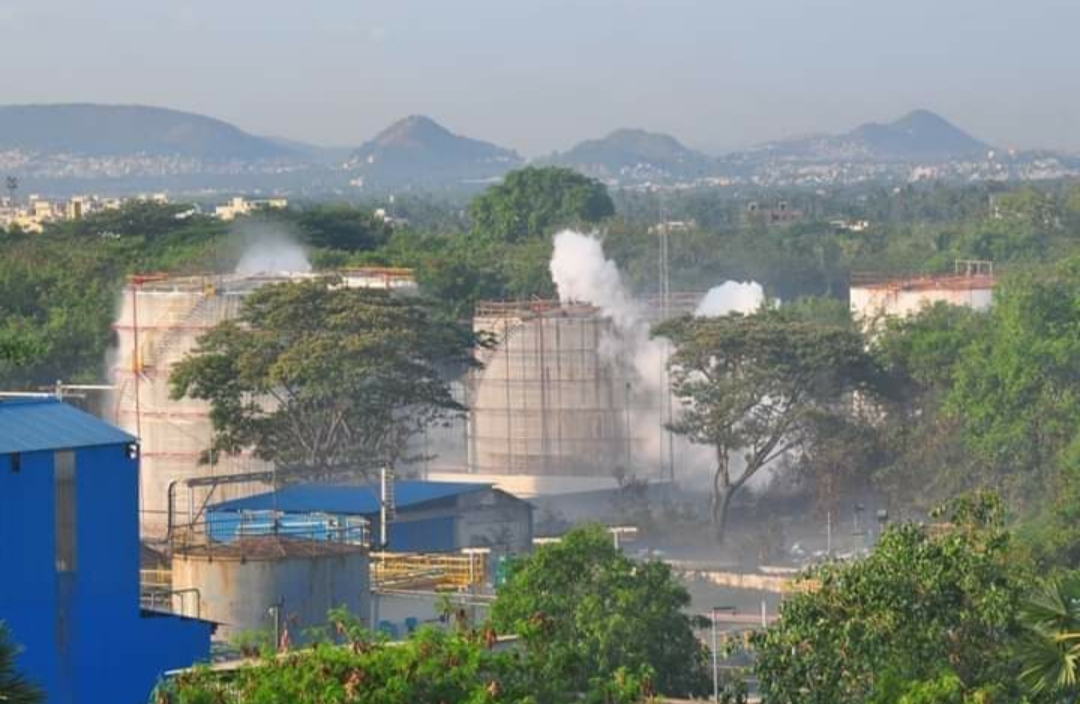 Unusual: The woman with two vaginas.
An Australian woman is all the rage on OnlyFans because of a unique...
4124 vues
2