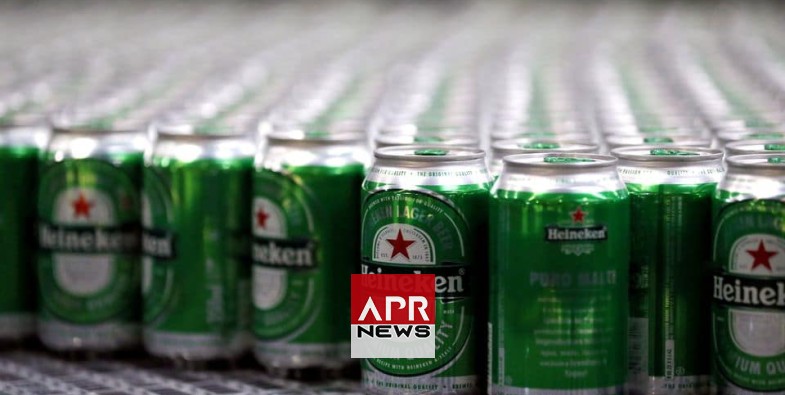 The purchase of Distell would mark a push into wine and spirits for the world’s second-largest brewer, with liqueur brand Amarula and wines including well-known labels such as Nederburg.

The Dutch brewer will pay about 40.1 billion rand ($2.62 billion) for Distell, which said this valued its entire business at 180 rand per share, a discount of 1.4% to the stock’s Friday close.

Heineken will buy the 50.01% interest of Ohlthaver & List Group of Companies in NBL Investment Holdings, which holds 59.4% of Namibia Breweries (NBL). Heineken holds the remaining 49.99% of the holding vehicle.

The transaction also entails Heineken’s purchase of NBL’s 25% shareholding in Heineken South Africa, valuing the whole of the latter at 1.5 billion euros.

Distell’s deal talks with Heineken, the world’s second largest beer maker, were first announced in May.

Heineken and Distell, the world’s largest and second-largest cider makers respectively, have gone head-to-head for the cider market in South Africa since Heineken launched its Strongbow brand there in 2016.

The purchase would be the first for Dolf van den Brink, who took charge at Heineken in June 2020 and has launched a plan to restore profit margins, partly through cutting 8,000 jobs.

Distell did not pay a dividend for the financial year ended June 30, as a condition for Heineken’s takeover proposal. Its group CEO, Richard Rushton, said the deal was likely to close by the end of December 2022 and as part of the agreement, shareholders would not be paid any interim or full-year dividend.

In August, Distell reported a more than three-fold rise in its headline earnings per share, the main profit measure in South Africa, as the company recovered from a lengthy coronavirus-related ban on alcohol sales in its home market.

Unusual: The woman with two vaginas.
An Australian woman is all the rage on OnlyFans because of a unique...
1934 vues
2

India : Exhausted Migrants Fell Asleep On Tracks. 17Run Over By...
Seventeen migrant workers in a group of 20 were killed after a cargo train...
1525 vues
3