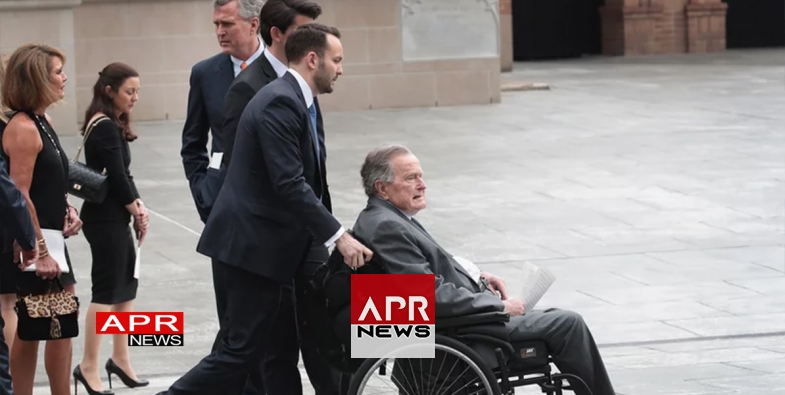 TIME- Former President George H.W. Bush will remain at Houston Methodist Hospital through the weekend to continue his recovery, according the latest health update from Bush family spokesman Jim McGrath.

The 41st president was hospitalized on April 22 after contracting an infection that spread to his blood, one day after the funeral of his wife Barbara Bush, who died April 17. He was in intensive care until April 25 and is now recovering in a regular patient room.

McGrath tweeted Friday that , Bush is “in excellent spirits, and is looking forward to resuming his schedule and going to Maine next month.”

Speaking on NBC’s Today show Friday morning, Jenna Bush said her grandfather was “doing great.” “He’s goal-orientated and he wants to get to Maine. We think he’s going to be going there,” she added. “He’s sad, but he’s doing well. Last time was talked to him he was eating barbecue!”

On Wednesday, during an appearance at Brown University in Providence, Rhode Island, Jeb Bush had said his father would be leaving the hospital today. The former Florida Gov. described his as father “stronger than an ox” and the “greatest man alive.”