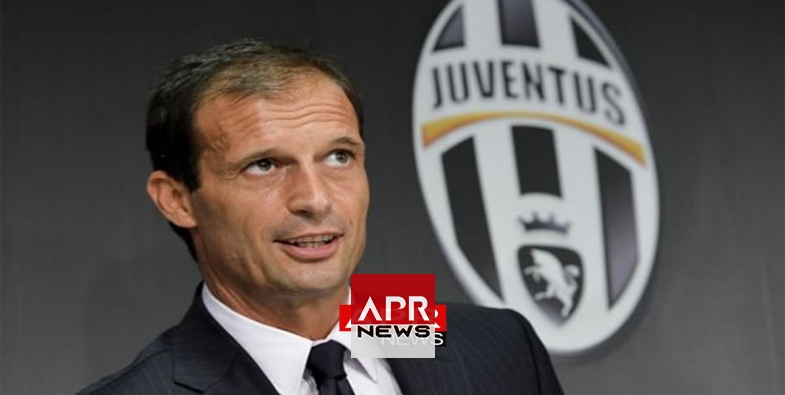 APRNEWS - Massimiliano Allegri will oversee his final game as Juventus coach at the club's Allianz Stadium on Sunday against Atalanta as the curtain comes down on his trophy-laden career with the Serie A giants.

Juventus announced on Friday that the 51-year-old would be leaving the club after five seasons during which he won 11 trophies.

"Massimiliano Allegri will not be on the Juventus bench for the 2019/2020 season," the club announced in a surprise development.

Juventus have one game left after Atalanta, against Sampdoria in Genoa on May 26.

The Turin giants have already wrapped up their eighth consecutive title, and Allegri's fifth in as many years. He lifted the Coppa Italia on four occasions since replacing Antonio Conte in 2014.

His departure comes despite insisting he was staying after the team's quarter-final Champions League exit at the hands of Ajax, which led to criticism of his management after the arrival of Cristiano Ronaldo had boosted hopes of a first Champions League in over two decades.

The final home game will be an occasion to celebrate another Serie A title and will be one they will be determined to win.

Allegri's team have been held in their last two outings since sealing the Scudetto on April 20.

And they are up against an Atalanta side who are hurting after their Coppa Italia final defeat, and still pushing for a first-ever Champions League qualification.

Gian Piero Gasperini's men slumped to a 2-0 defeat to Lazio in Rome this week which ended their 12-match unbeaten run.

The club from Bergamo had eliminated holders Juventus in the quarter-finals, and were bidding for their first major honour since their Coppa triumph in 1963.

Portuguese star Ronaldo has two games left to try to finish top scorer in his first season in Serie A as he is five behind Sampdoria's Fabio Quagliarella.

The race for Europe is tight with two remaining Champions League berths up for grabs with two games left to play.

Juventus and Napoli are already through with Inter Milan well-positioned for the third spot, which a win against Napoli this weekend would ensure.

Atalanta are fourth, one point behind Inter, and three ahead of AC Milan and Roma, with Torino's hopes slim as they are five points adrift.

Roma head to Sassuolo in turmoil after the news that captain Daniele De Rossi will leave after 18 years after the club decided not to renew his contract.

Coach Claudio Ranieri -- also leaving at the end of the season -- admitted that he would have handled the situation with the 35-year-old differently.

"Since De Rossi was our captain, a person in our history, perhaps his departure had to be handled differently so he could think it through better," said Ranieri, who replaced sacked Euesbio Di Francesco last March.

"That opportunity wasn't given to him, but that's football.

"The club want to change, they want other players: and like how players choose different clubs, the clubs change too."

De Rossi had made 615 appearances and scored 63 goals for Roma in all competitions, but had never lifted the Serie A title, despite two Coppa Italia trophies.

AC Milan host relegated Frosinone, while Torino travel to Empoli, who are fighting the drop.

Lazio, in eighth, host Bologna Monday at the Stadio Olimpico after rescuing their season with a Coppa Italia victory.