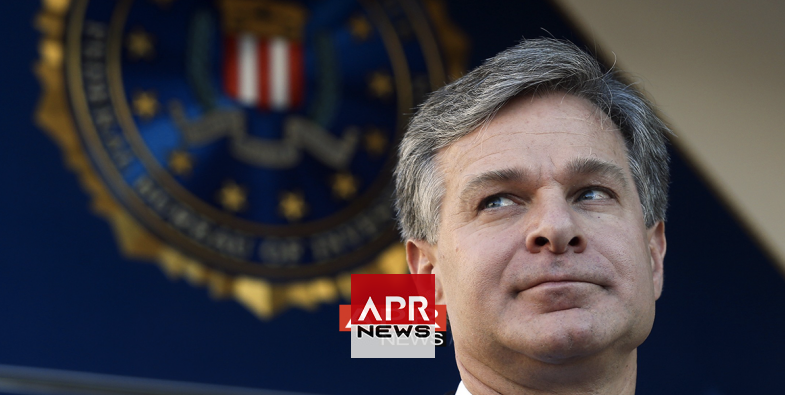 APRNEWS - China poses the most serious intelligence threat to the United States and is seeking to "steal its way up the economic ladder" at US expense, FBI Director Christopher Wray said Friday.

Wray, speaking at the Council on Foreign Relations (CFR) in Washington, said China poses a "multi-layered" threat to US interests.

"Economic espionage dominates our counter-intelligence program today," the head of the Federal Bureau of Investigation said.

"More than ever, adversaries target our nation's assets, our information and ideas, our innovation, our research and development, our technology.

"China has pioneered a societal approach to stealing innovation in any way it can from a wide array of businesses, universities and organizations," he said.

"They're doing it through Chinese intelligence services, through state-owned enterprises, through ostensibly private companies, through graduate students and researchers, through a variety of actors all working on behalf of China."

Wray's comments come as US and Chinese trade officials are due to resume talks in Beijing on April 30 and then return to Washington for another round on May 8.

US President Donald Trump has repeatedly criticized China for what he said was the rampant theft of US know-how and made that a central feature of the ongoing trade talks.

Wray said that economic espionage investigations in nearly all of the 56 FBI field officers "almost invariably lead back to China."

"And they span just about every industry or sector," he said.

"Put plainly, China seems determined to steal its way up the economic ladder at our expense," he said.

The FBI director said the United States "is by no means their only target."

"They're strategic in their approach," he said. "They actually have a formal plan set out in five-year increments to achieve dominance in critical areas.

"And to get there they're using an expanded set of non-traditional methods, both lawful and unlawful," he said.

"The Chinese government is taking the long view," he said. "They're calculating, they're focused, they're patient and persistent."

Wray said that for the past couple of decades the United States has "underestimated this threat" posed by China.

"People are waking up and realizing that this is a threat that needs to be taken seriously," he said.