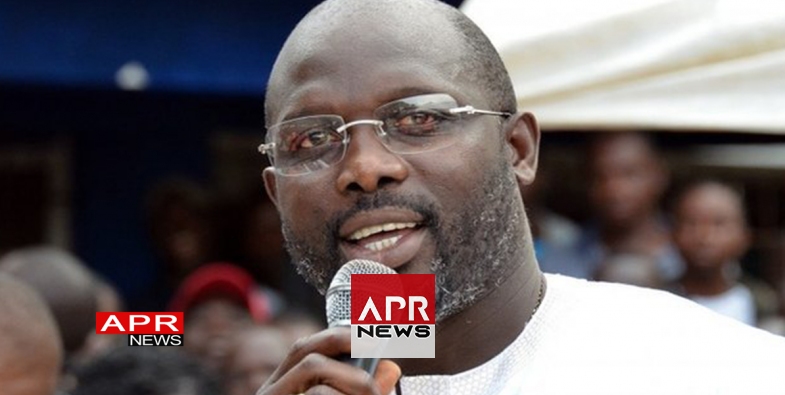 FRANCE24 - Former international football star George Weah was sworn in as Liberia's new president on Monday, in the country's first transition between democratically-elected leaders since 1944.
Weah, 51, took over from Nobel laureate Ellen Johnson Sirleaf, who spent 12 years at the helm, steering the West African nation away from the trauma of a civil war. 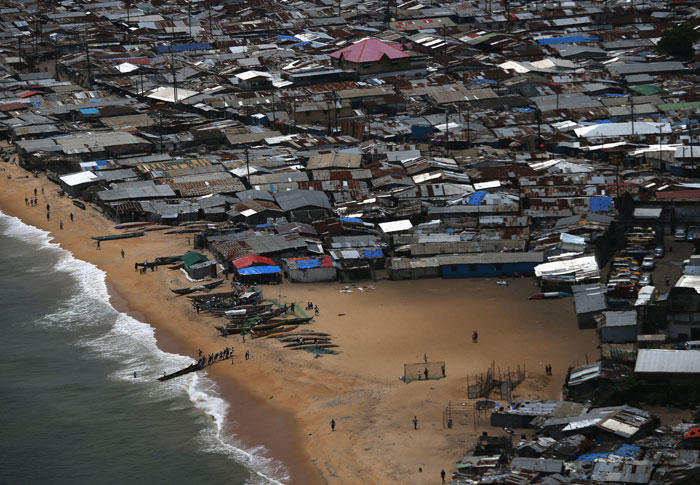 Expectations are sky-high among Liberians that Weah will deliver on his promises of jobs and better schools.

The inauguration began in Samuel Kanyon Doe stadium near the capital, Monrovia, with several African heads of state in attendance, along with friends and former colleagues from his football years.

Crowds queued for miles to reach the stadium, singing, dancing and waving the Liberian flag as they waited.

Inside the stadium, the cheers were deafening as well-known figures from Liberian public life filed in before the stands.

"Today is one of the most exciting days of my life," said Benjamin Bee, a 21-year-old student at the University of Liberia as he waited in line with thousands of others.

"The man I'm supporting now, President Weah, is an icon, he is my role model. Today is not just an inaugural programme for us Liberians, but signifies that Liberia has found itself."

In the sprawling slum of Clara Town on the edge of Monrovia, where Weah was abandoned by his mother as a baby, Odalfus Wesseh, the new Liberian president’s nephew, took FRANCE 24 to visit the hut where an aunt raised the young Weah. “He grew up in a slum community. Anything is possible. Don't never look down upon yourself. Once you have confidence, trust yourself and you can make it,” said Wesseh days before his uncle’s inauguration.

Weah played for a string of top-flight European teams in the 1990s and was crowned the world's best player by FIFA and won the coveted Ballon d'Or prize, the only African to have achieved this.

After losing his first run at the presidency to Sirleaf in 2005, he has spent the last 13 years attempting to gain the political credibility to match his wild popularity at home, becoming a senator in 2014.

Sirleaf will be remembered for maintaining peace after the harrowing 1989-2003 civil war left an estimated 250,000 dead. But extreme poverty remains pervasive and Liberia ranks near bottom in international rankings for health, education and development.

At a church service attended by Sirleaf and Weah on Sunday, the pair presented a united front following a bruising election campaign in which Sirleaf's longtime vice-president Joseph Boakai failed to convince as her successor while alleging fraud had marred the ballot.

Legal proceedings lodged by Boakai delayed a run-off vote and the transition period, meaning Weah has had less than a month to prepare for government rather than the three months initially scheduled.

Sirleaf told AFP the inauguration "implies continuity; it implies meeting the challenges", as she left the event.

Weah faces the challenges of a depressed export economy highly reliant on rubber and iron ore, and outsized expectations he can turn the country around within months and provide jobs for the overwhelmingly young population.

More than 60 percent of Liberia's 4.6-million citizens are under 25, and many voted for Weah in the expectation he would quickly boost employment.

He told journalists on Saturday at a football game -- a friendly with the army -- that his first priority was keeping the peace, and hit out at critics who say he is unqualified for the position.

"I am a human being, I strive to be excellent, and I can be successful," Weah said.

"When I work hard I believe what I believe in and I showed I could persevere," he added, referring to early disbelief amongst his countrymen that he could make it in the top European leagues.

Experts are concerned however that hopes of tackling rampant corruption and bringing technocratic expertise into his cabinet are at risk from the need to repay favours.

"He is under pressure from various constituencies and unlikely to nominate a cabinet of experts as he claimed he would do shortly after his electoral success," said Malte Liewerscheidt, Senior Africa Analyst at global risk consultancy Verisk Maplecroft.

The rumoured names were "clearly tilted towards re-paying political and personal debts of gratitude, suggesting continuity rather than a new dawn in Liberian politics," he wrote in a briefing note.