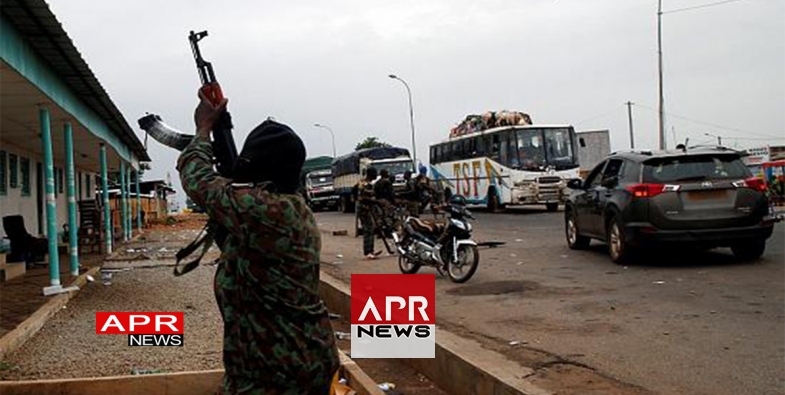 APRNEWS- A leading member of a separatist movement in Cameroon has been taken into custody in the capital of neighbouring Nigeria with his aides, sources and secessionists said on Saturday.

The once-fringe Anglophone movement in majority Francophone Cameroon has gathered pace in the last few months following a military crackdown on protests. It represents the gravest challenge yet to the 35-year rule of President Paul Biya who will seek re-election this year.

Julius Ayuk Tabe, the Nigeria-based chairman of the Governing Council of Ambazonia separatist movement, was taken into custody alongside six others at a hotel in Abuja on Friday, said an official in the west African country and a member of the separatist group in Cameroon.

Bilateral relations have been strained by a separatist movement in Cameroon that has clashed with the Cameroonian army and forced thousands to flee violence by travelling across the border to Nigeria.

A Nigerian official said Tabe and six of his supporters were placed in custody at around 7 p.m. (18h00 GMT) on Friday. “They were having a meeting at Nera Hotels in Abuja,” the official said on condition of anonymity.

The official did not know who rounded up the separatists.

A member of the separatist group based in Cameroon, who wanted to remain anonymous, said the people were taken into custody.

The separatist group later issued a statement saying that Tabe and six others were taken from Nera Hotels by Cameroonian gunmen in an “illegal abduction.” Reuters was unable to independently verify the allegation.

The unrest in Cameroon began in November, when English-speaking teachers and lawyers in the Northwest and Southwest regions of Cameroon, frustrated with having to work in French, took to the streets calling for reforms and greater autonomy.

French is the official language for most of Cameroon but English is spoken in two regions that border Nigeria.

Protests by separatists prompted a violent crackdown by Cameroon’s military last year in which troops opened fire on demonstrators.