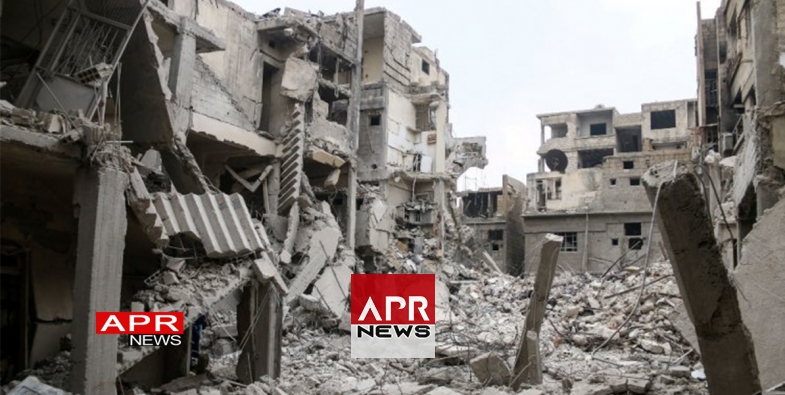 Three children were among the dead in Eastern Ghouta, according to the Syrian Observatory for Human Rights, which said the air raids were carried out by regime and Russian warplanes.

The deadliest strikes hit the Hammuriyeh district where eight civilians were killed, the Britain-based monitor said.

"There are 85 wounded in total, some in critical condition, and the death toll could increase," said Observatory head Rami Abdel Rahman.

The monitor relies on a network of sources inside Syria and says it determines whose planes carry out raids according to type, location, flight patterns and munitions used.

Eastern Ghouta has been under government siege since 2013 and its estimated 400,000 inhabitants are suffering severe shortages of food and medicine.

It is one of the last remaining opposition strongholds in Syria, where more than 340,000 people have been killed across the country in nearly seven years of war.

Eastern Ghouta was one of four "de-escalation zones" agreed under a deal between rebel and regime backers but the opposition stronghold remains the target of intense regime air strikes.

Rebels controlling the region use it as a launch pad for rocket and mortar attacks on Damascus, where four people were killed Tuesday in bombardment on two neighbourhoods, according to state media.