Beyonce Has An Album On The Way And It Features Rihanna! 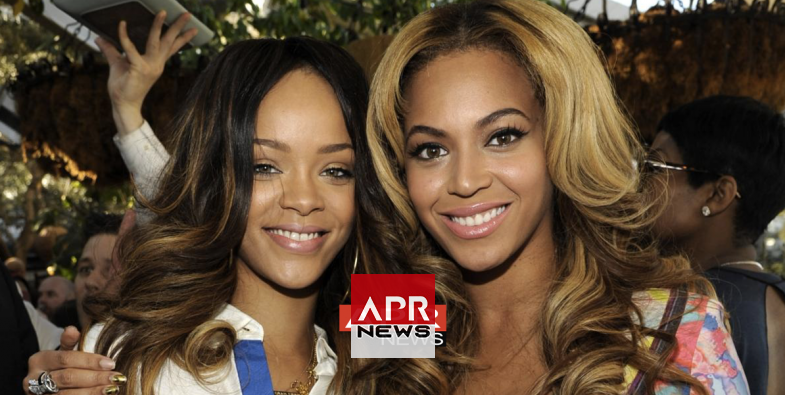 Beyonce Has An Album On The Way And It Features Rihanna!

APRNEWS - Hurray! Get the drums rolling because mega music star, Beyonce has an album on the way!

Yes, you read that right, Queen Bey, as she is fondly called by fans, is set to bless the world with a new album but that is not even the best part of the news.

For years fans and non-fans alike have asked for a collaboration with another music superstar, Rihanna but all through the years, the two women have been flying right until now.

A tracklist of Beyonce’s forthcoming album has revealed that she is set to feature Rihanna on one of the tracks titled, “Nefertiti”. We are already gasping from the musicgasm that is set to come.

Music lovers all over the world can’t wait to hear the track that promises to be sick because not only is it a Beyonce and Rihanna track but it is a one in a lifetime kind of collaboration.

We further gather that the upcoming Beyonce album is possibly going to be titled ‘B7’ and its expected release date is April 18, 2019. This latest development comes ahead of her “Homecoming” documentary which is going to be aired on Netflix.

The last time Beyonce released a solo album ‘Lemonade’ was in 2016.  She and her rapper husband, however, released a joint album titled ‘Everything Is Love’ in 2018. The album was a surprise album as the almighty Carters dropped the joint album via their streaming platform, Tidal.

Rihanna on her part last released an album in 2016. The groundbreaking #1 album, “Anti” has spurned hits like “Work”, “Kiss It Better” and “Love on the Brain”.  The album was released to positive reviews from music critics and numerous publications included it on their lists of the best albums of 2016.

Beyonce and Rihanna have in times past been pitted against each other for their similarity in music genres and there has been a never-ending debate as to which of the duo is the bigger star.

India : Exhausted Migrants Fell Asleep On Tracks. 17Run Over By...
Seventeen migrant workers in a group of 20 were killed after a cargo train...
119 vues
4