REUTERS - With Beijing under heavy security as a mystery North Korean delegation visited the Chinese capital, internet users scrambled to stay a step ahead of censors on Tuesday as China’s tightly controlled state media remained silent.

One car, a stretch Mercedes limousine, was believed to be transporting a senior North Korean official, possibly leader Kim Jong Un, who had never been known to make a journey abroad since assuming power after his father died in 2011. 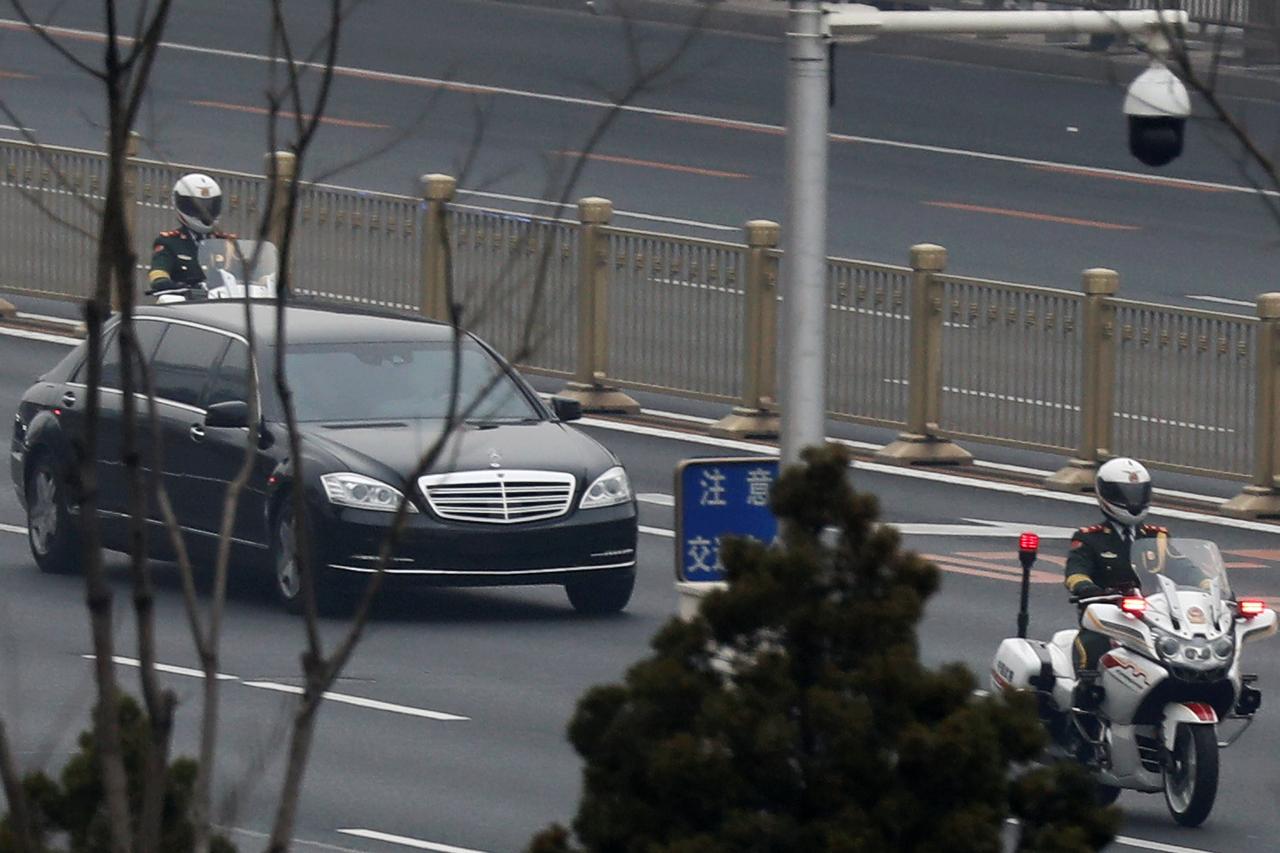 On Tuesday, Chinese internet users kept each other abreast, speculating about the enigmatic guests’ visits to Beijing sites including Zhongguancun, one of China’s technology hubs, before the entourage is believed to have boarded the train they had arrived on a day earlier.

WeChat public accounts focusing on news about North Korea had been censored by Chinese authorities, with no articles about a senior North Korean visitor on many prominent accounts that cover China-North Korea ties.

“They have been deleting North Korea-related articles for the past few days. It’s been very hard for us to post on our public account,” one Chinese person who edits an online account about North Korea told Reuters.

The people Reuters spoke to for this story declined to be named because of the sensitivity of the matter.

The Cyberspace Administration of China, the country’s Internet regulator, did not immediately respond to a faxed request for comment late on Tuesday.

China’s propaganda ministry released a notice on Monday banning state media from reporting news related to North Korea, one journalist who works for a Chinese state-run media outlet told Reuters. An editor at another state media outlet said they were directed by superiors not to cover discussions of the visit by a North Korean.

China’s propaganda ministry did not immediately respond when contacted for comment.

A search using the term “North Korea” was blocked on Tuesday on Weibo, a popular microblogging platform in China, yielding no results.

Internet users tried to get around the censors by resorting to nicknames for the visitor including “the obese patient” and “the fatty on the train” as well as more ambiguous terms like “the visitor from the northeast” and “the sibling next door”.

Speculation remains rife about whether Kim or his sister Kim Yo Jong or North Korea’s ceremonial leader Kim Yong Nam was visiting Beijing. China-based North Korea-watchers scoured for clues to pin down the identity of the visitor.

“Security is not so thorough as when the late Mr. Kim visited,” one source told Reuters, referring to Kim Jong Il’s last visit to China in 2011. During that visit, police were posted every 50-100 meters along the railway line, a contrast to this time around, the source said.