Bayern boss Kovac urges Rodriguez to 'play for his future' 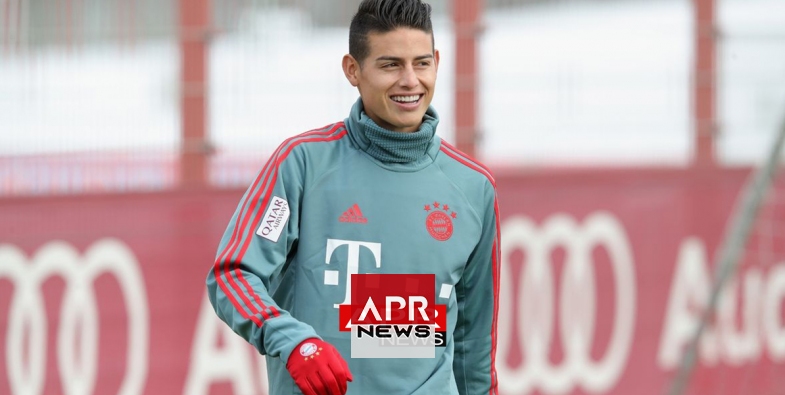 Bayern boss Kovac urges Rodriguez to 'play for his future'

APRNEWS - Bayern Munich coach Niko Kovac has challenged James Rodriguez to "play for his future" as the clock ticks down on the Colombian superstar's loan from Real Madrid.

The 27-year-old, who has six months left on his two-year deal with Real, has started just five Bundesliga games this season and missed Bayern's last six league games of 2018 with a knee injury.

Time is now running out for Rodriguez, who broke through at the 2014 World Cup where he finished top scorer, to secure his future at the German champions.

"He's playing for his future. Everyone, who wants a new contract, has to put in their best performances. That also applies to him, but I am sure he will do it," said Kovac.

Both Spanish and English media report that Liverpool, who Bayern face in the last 16 of the Champions League next month, are interested in him.

Bayern's senior bosses have said they want to sign Rodriguez permanently and Kovac has urged the Colombian to prove himself ahead of Bayern's first league match of 2019 at Hoffenheim on Friday.

"I have talked to him several times and I can see that he's motivated and focused," added Kovac.

"He wants to play and has to prove that he is able to help the team."

Bayern have lost their last two visits to Hoffenheim and need a win to keep the pressure on league leaders Borussia Dortmund, who are six points clear in the table.

"Hoffenheim are dangerous, as we found out in our last match when they equalised and we had to work hard to win the game," said Kovac, remembering the 3-1 home win in August when Adam Szalai hit a second-half equaliser for Hoffenheim at the Allianz Arena.

"It will be tough and we need to win to keep the pressure on Borussia Dortmund."

Kovac believes the ankle injury to French winger Kingsley Coman, which kept him out until late November, is the reason why Bayern are not top of the league.

"I have to admit the injury to Kingsley Coman hit us hard," said Kovac.

"Although it's impossible to prove, I think if Coman had not been missing, we wouldn't have dropped six points in the first half of the season and maybe we would be top of the table.

"He is fit and doesn't feel any pain.

"That's very important and because Arjen Robben and Franck Ribery won't be able to play, I expect him to take over and bring his skills."

Unusual: The woman with two vaginas.
An Australian woman is all the rage on OnlyFans because of a unique...
2989 vues
2