Africa's 'People's Presidents': Chamisa's party wants him to be sworn-in by Zimbabweans 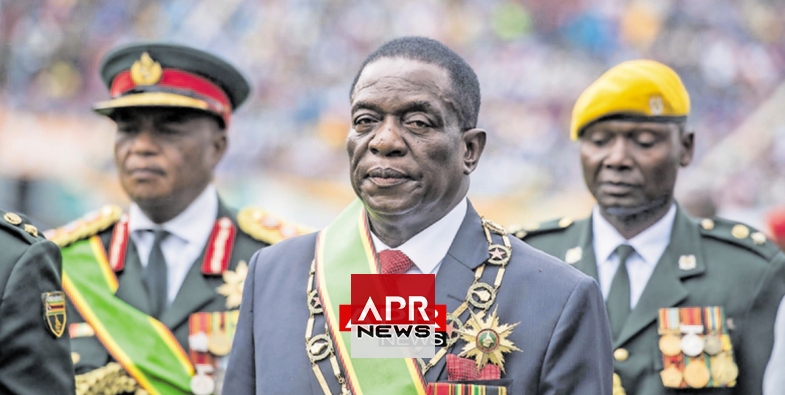 Africa's 'People's Presidents': Chamisa's party wants him to be sworn-in by Zimbabweans

APRNEWS - As Zimbabwe’s president Emmerson Mnangagwa embarks on the herculean task of rebuilding the economy, opposition leader Chamisa says there are increasing calls for him to be inaugurated as the people’s president.

Chamisa’s party, Movement for Democratic Change (MDC-T), says the 2.6 million Zimbabweans who voted for Chamisa in the July 30 election will install him as president on Saturday.

Mnangagwa, was confirmed duly elected president by the Constitutional Court, after it dismissed a challenge by Chamisa last month.

We are consulting the people on the way forward and next week, we are going to hold our 19th anniversary and our leadership had suggested that we do a swearing-in of the leader who was voted by the people.

He then took the oath before the country’s Chief Justice Luke Malaba, as required by the constitution of the country.

Section 94 Subsection 1 of the Zimbabwe Constitution stipulates that persons elected as president and vice-presidents assume office when they take, before the Chief Justice or the next most senior judge available, the oaths of president or vice president.

ZANU-PF warns Chamisa against treason
While ruling party activists have warned against the planned inauguration, saying it would amount to treason, MDC-T presidential spokesperson Dr. Nkululeko Sibanda dismissed them, saying the people of Zimbabwe have the right to install a president of their choice.

Chamisa, who held his first rally since the election, told supporters that his party would hold its 19th anniversary at Gwanzura Stadium in Harare on Saturday.

“We are consulting the people on the way forward and next week, we are going to hold our 19th anniversary and our leadership had suggested that we do a swearing-in of the leader who was voted by the people,” he said.

In an interview with the NewsDay after the rally, Chamisa clarified that the people had actually installed him as president on July 30.

If Chamisa goes ahead and takes the symbolic oath on Saturday, he will join the ranks of Kenya’s opposition leader Raila Odinga and Uganda’s Kizza Besigye.

Odinga, who is the self-styled People’s president, was to appoint a People’s Assembly that would constitute a parallel government to the officially recognised one of Kenya’s president, Uhuru Kenyatta.

The aftermath of the inauguration was costly as several opposition lawmarkers and lawyers were arrested and charged with treason, even as several television stations that broadcast the illegal inauguration were shut down for a week.

Odinga’s lawyer, Miguna Miguna, who conducted the inauguration, was deported and has to date been denied re-entry into the country.

Odinga eventually reconciled with Kenyatta in the famous March 9 handshake and together they announced the ‘Building Bridges Initiative’ that would champion reconciliation and development among the Kenyan people that had been polarised by the election.

Uganda’s defiant Besigye
Following the February 2016 elections, which the opposition said was rigged in favor of President Yoweri Museveni, a video showing the opposition candidate being sworn-in was circulated on social media, on the eve of the official inauguration of Museveni.

Besigye was consequently arrested and airlifted to a remote police cell in the Karamoja region, while social media sites were blocked by the communications regulator.

The military and police also deployed heavily in the city and in Moroto district where Besigye was detained.