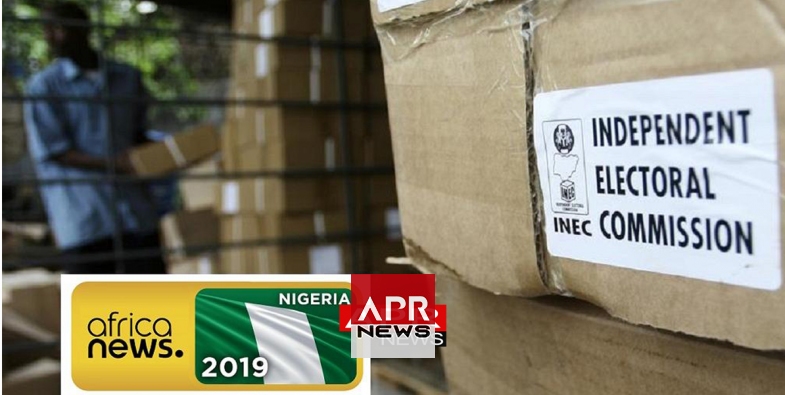 APRNEWS - The elections body in Nigeria, Independent National Electoral Commission, INEC; has disclosed that over 84 millions persons have registered to vote in upcoming polls.

Officially Nigerians amounting to 84,004,084. ( Eighty Four Million, Four Thousand, and Eighty Four) have been duly registered for the 2019 elections.

The INEC boss, Prof. Mahmood Yakubu made the disclosure while speaking at a quarterly consultative meeting held in the capital, Abuja. He also presented copied of the voters roll to party representatives who attended the meeting.

As at August 2018, INEC reported that Nigeria – Africa’s most populous nation had a total of 91 political parties engaging across the political arena.

The elections body noted in a press statement that the figure was the final batch of registration before the country goes to the polls in February 2019.

In other matters raised in the statement, INEC said it was on course to publish the first step of the electoral process – the notice of election. The August 17, 2018 event will kick-start the countdown to the 2019 general election, INEC said.

It had also extended the continuous voter registration (CVR) exercise which was supposed to afford people the opportunity to get their voter identification document. INEC said it had registered 12.1 million new voters as at 11th August, 2018.

The CVR which started in April 2017 was supposed to end on 17th August, 2018 but has been pushed to the last day of August 2018. INEC entreated people to go and collect their Permanent Voters Card (PVCs), that process will be suspended with just days to the elections.

The PDP lost political power in 2015 after ruling the country for 16 years prior. They produced three presidents over the period. Olusegun Obasanjo, the late Umaru Musah Yar Adua and Goodluck Jonathan.

Jonathan lost the 2015 presidential election to incumbent Muhammadu Buhari. Buhari’s tenure expires in 2019 when new elections are to be held. Buhari has announced his intention to seek a final term.

INEC oversees all elected office elections from the presidential, gubernatorial, national assembly – senate and house of representatives, local level etc. It has only recently published its general election guidelines.

Political watchers say it is highly likely that most of these parties will not field candidates across the country due to capacity issues, a number of them will enter alliances with the major parties and field aspirants in areas they see as their strongholds.