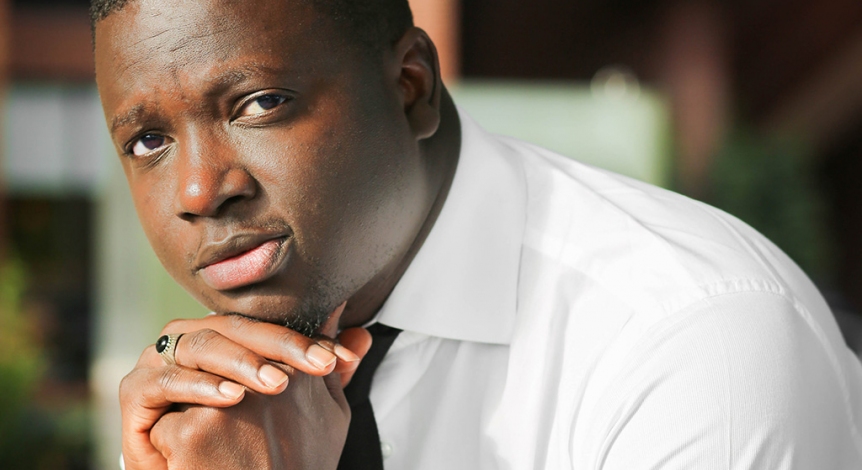 Social entrepreneur, political strategist, youth advocate, and author, Thione Niang, was born in a modest family of 28 children in Senegal.

The visionary leader immigrated to the USA in 2000 with only 20 dollars, and worked

his way through the hardships while getting involved in his new community. His efforts led him to participating as a community organizer in the historic 2008 Presidential elections supporting Democratic candidate Barack Obama, and becoming

Created in 2009 by Thione Niang, this institution promotes global leadership and enterpreneurship through its incubation centers and women empowerment and global leadership programs. GIVE1 is now present in 32 countries around the world including ; The United States, France, Japan, Ghana, Guinea Conakry, Bénin, Senegal …

Since 2006, the TNG is Government relations, strategy and public relations firm working to facilitate communication and relations between global organizations and governments. Since its creation, Thione surrounds himself with experts in public ,relations, sociology, political science, journalism, and graphic designers from around the whole world.

As an entrepreneur in the energy field, he co-founded Akon Lighting Africa and Solektra International along with the renowned artist Akon and Malien Businessman Samba Bathily in 2014. The mission, to provide electricity to 600 million African households and communities through sustainable solar energy. Today, 16 countries benefit from the initiative, more than 5000 jobs have been created across the continent, enabling a solar academy to open in Mali for the training of young Africans in the field. By 2015 Thione Niang was appointed by President Obama, as Ambassador to the US Ministry of Energy. Thione advocates for inclusion of minorities in all aspects of the energy sector, with a special focus on energy economic development, STEM education, and climate change. He shares his inspiring story with the world in his recent book Memoirs of an Eternal Optimist.