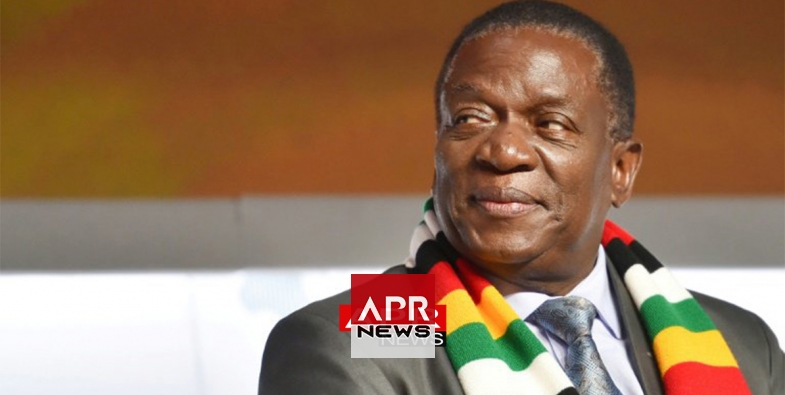 APRNEWS - Zimbabwe’s president Emmerson Mnangagwais considering a constitutional amendment that would accomodate the leader of opposition in the country, following the disputed July 30 presidential elections.

Mnangagwa, who is currently attending the United Nations General Assembly in the United States told journalists that he was considering recognising his political nemesis Nelson Chamisa as opposition leader.

Chamisa, who lost the presidential election to Mnangagwa has legally contested the outcome in court and rejected the court verdict, insisting that he won the election.

My role in the struggle is not about perks, position, title or entitlement but to fight for you.

He has consistently called out Mnangagwa’s government as being illegitimate, and his Movement for Democratic Change party (MDC) has expressed its intentions to install him as the people’s president.

Mnangagwa’s offer
George Charamba, a deputy secretary of the president told state affiliated Herald that Mnangagwa plans to create the office of the Leader of the Opposition, as one of the ways of institution-building in the country.

“Under our Commonwealth parliamentary democracy, the opposition is recognised; we recognise the leader of the opposition in Parliament. This is what we are going to do ourselves,’‘ Mnangagwa is quoted to have said.

While, the position is provided for in many countries that use the Commonwealth legal system including Zimbabwe, it is usually taken up by a member of parliament from the opposition party with the highest number of seats in parliament.

Considering that Chamisa is not a member of parliament, Zimbabwe’s justice minister Ziyambi Ziyambi on Monday said a constitutional amendment would be needed to accomodate any agreement reached between the president and the MDC leader.

“It will need that if there is a political agreement given the fact that he (Chamisa) is not an elected MP as things stand. The amendment will need to reflect the agreement, but that is up to the parties,” he said.

Chamisa’s response
Chamisa used his official Twitter account on Monday to tell his supporters that he had not received any offer from Mnangagwa.

‘‘My role in the struggle is not about perks, position, title or entitlement but to fight for you,’‘ read part of Chamisa’s tweet.

Mnangagwa, who came to power in November after Robert Mugabe was removed in a coup, faces the huge task of ending Zimbabwe’s international pariah status and fixing an economy afflicted by high unemployment and foreign currency shortages.

Charamba added that Mnangagwa had met the United Kingdom minister of state for Africa, Harriet Baldwin, discussing the resumption of Zimbabwe’s membership into the Commonwealth and political inclusion.

“The President briefed the minister in terms of efforts aimed at enhancing political inclusion to harmonise our systems with the Commonwealth, including to have the Office of the Leader of the Opposition recognised and incorporated in the governance architecture.’‘