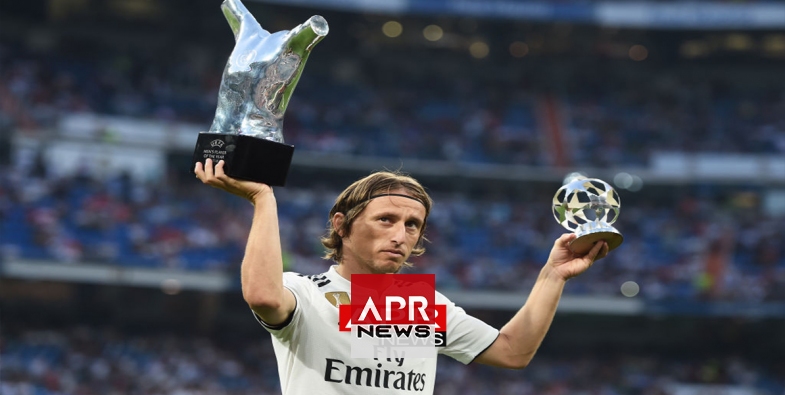 APRNEWS - The 2018 Ballon d’Or might end the 10-year duopoly of Cristiano Ronaldo and Lionel Messi, who have won the trophy five times each.

The award is the most prestigious individual trophy that every footballer aims to win in his lifetime. But only the most outstanding players have the chance to be even considered for this accolade.

Despite the two most prominent footballers of this generation still dazzling for their clubs, the standout player from Croatia, Luka Modric, might finally snatch the trophy from the duo.

But it will never be wrong if Modric flies above them all at the ceremony in Paris on Monday evening.

The 33-year-old played an integral role in Real winning a fourth Champions League title in five years and then skippered Croatia to their first World Cup final in Russia.

Croatia were beaten 4-2 by France in Moscow earlier this summer, but Modric reinforced his reputation as one of the best midfielders in the Russia 2018 World Cup where he bagged the Golden Ball.

Modric was also named the 2018 FIFA Best Men’s Player at an awards ceremony in London in September, beating off competition from Ronaldo, Messi and even the World Cup winner rising star Kylian Mbappe, who scored France’s fourth goal in the World Cup final against the Croatian team.

What’s more, in August Modric bagged the UEFA 2017/18 Player of the Year and was also named as the best midfielder in last season’s European Cup.

Tipping Modric for the 2018 Ballon d’ Or won’t be an error after 2018 saw him lift the third consecutive Champions League, the Club World Cup, the UEFA Super Cup and the Spanish Super Cup with Real Madrid.

I personally think Luka Modric is a step ahead in the race for the trophy.