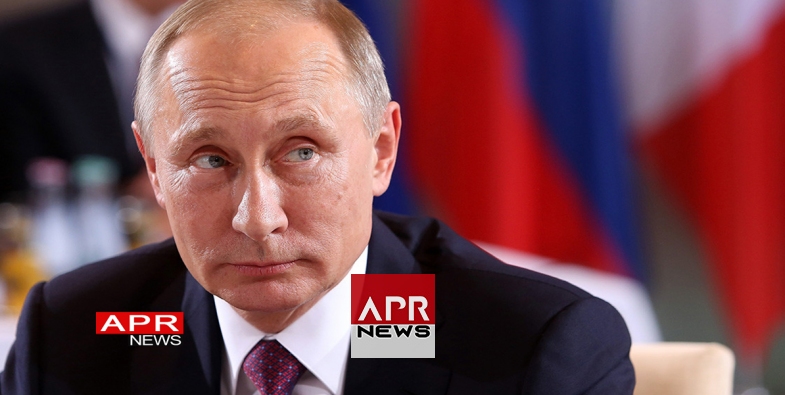 THEGUARDIAN - Rarely someone to pass up a photo opportunity involving a manly activity and his bare chest, Vladimir Putin has stripped to his swimming trunks and immersed himself in the freezing waters of a lake in northwest Russia to celebrate the feast of Epiphany. 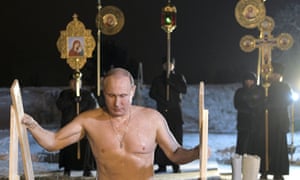 Russian TV filmed the president, 65, marching onto the ice of frozen Lake Seliger, about 250 miles (400 km) north of Moscow, dressed in a cream sheepskin coat and knee-high felt boots and surrounded by chanting Orthodox priests and glittering religious icons. 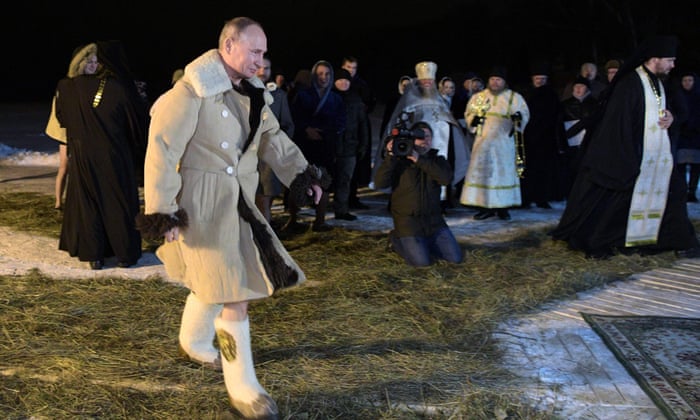 Holding his nose, he briefly dipped his head under the water before resurfacing. Asked by a journalist if it was cold, Putin replied: “No, it’s great.”

The air temperature was -6C, local media reported. Dmitry Peskov, the president’s spokesman, insisted he had taken part in the Orthodox Christian ritual, which marks the baptism of Jesus, “for several years now”, but had not done so publicly. Putin is currently campaigning for re-election in a presidential election due on 18 March.

In the Orthodox tradition, water blessed by a priest during Epiphany week is considered holy and pure, and believers attribute healing powers to it. Authorities set up bathing sites for up to two million believers all over Russia, including parts of Siberia where January temperatures dip below -30C.